Insights •Cities without nature: no future?

Cities without nature: no future? 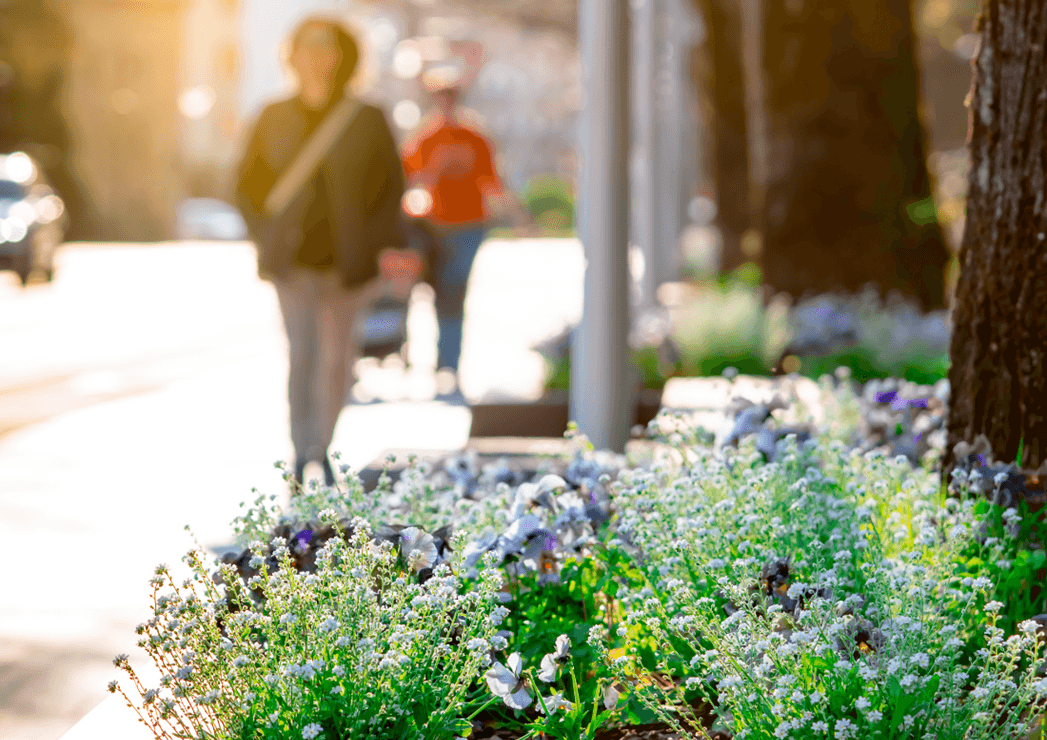 It is now universally accepted that human activities have a marked impact on the environment, nature and living things, shaping the destiny of our planet to the point that it is today causing a major ecological crisis. If nature does not need humankind to exist, humankind in contrast cannot hope to survive without nature. This widespread awakening requires us - as a matter of urgency - to revert to a more humble, more serene and more inclusive relationship with nature, with a greater accent on exchange than on confrontation, in order to find courses of action for the future. This is particularly valid for cities, which will soon be home to three quarters of the world's population.

Lessons to be learned

There is one fundamental truth that we have all but forgotten over the centuries, or that we pretend to ignore as our power over the environment grows: nature will always prevail over us! Our forefathers, in their great wisdom, were very clear on this point: Man must always act cis naturae leges, "within the limits of the laws of nature", otherwise everything he does will be doomed to failure or will inevitably end up turning against him. And we are forced to admit that today, Nature (with a capital N) is proving the point: rising temperatures, extreme climate events, air and ocean pollution, desertification, depletion of natural resources, species extinctions, epidemics... threatening us and our very existence.

This observation is all the more galling when one considers that prior to the industrial era, our cities were in harmony with their environment because societies depended on nature for their well-being. However, industrialisation has changed something fundamental: we now act outside of nature, or even against it. Indeed, we now spend more time 'repairing' the damage we do to nature than we do taking advantage of the benefits it can bring us. And the 21st century has only exacerbated this phenomenon, particularly with the exponential growth of urbanisation.

We at Egis believe that this model is no longer tenable. We can no longer ignore human responsibility for the ecological crisis, either in our conceptions or in our way of life. The time has come to put nature, and therefore its relationship with mankind, back at the centre of urban thinking.

A brief tribute to doubt

The Anthropocene era requires us to stop believing that we are the 'master and owner' of nature. We will only achieve this humility if we have the courage, in our great numbers, to take a hard look at ourselves, and the construction sector in particular. For example, does it still make sense to build glass and metal towers, ever higher to a point that they pierce the sky, simply to prove to ourselves that we can do it? Does our urban sprawl justify the ever-increasing erosion of our countryside, with no regard for the natural cultures and ecosystems that exist there? Are these liberties we are taking, whose legitimacy we no longer question, instead the expression of our hubris, this guilty propensity to excess that was already sanctioned in their time by the edifying myths of Atlantis or the Tower of Babel?

Engineers, architects and urban planners must ask themselves these questions, as they obviously have a major responsibility in shaping our living environments. We think that this is a prerequisite for any action aimed at designing or developing, in the future, cities that might be described as 'sustainable'.

Cities: where it all happens

Cities are responsible for more than 70% of global greenhouse gas emissions. But does this mean we should simply admit defeat? Certainly not. History teaches us that cities, like people, have always been able to adapt. Indeed, from generation to generation, our living spaces evolve with us, by us and for us. Thus, changing the way we ‘build the city’ also means, above all, changing our individual and collective behaviour, by questioning the validity of the ways we currently live, consume and move around.

It is only through this voluntary effort of introspection, through a general sense of awareness of the ecological crisis, and through a common understanding of what is at stake, that we will be able to propose, with the help of new technological tools, universal solutions to the major contemporary challenges. Engineers, for their part, are already working to respond to these challenges in terms of sustainable development, for example by making infrastructure and buildings capable of adapting over time and to changes in usage, by making greater use of bio-based materials such as wood or straw in construction, by offering nature, living organisms and biodiversity a larger place in our living spaces, with the aim no longer simply of enabling mankind and nature to cohabit, but of helping them evolve and flourish together.

At Egis, we take this goal even further by proposing a systemic vision of the city that intertwines three fundamental and interdependent issues: carbon neutrality, the well-being of populations and the protection of natural and human environments. For example, in our development projects, we recommend limiting urban sprawl by building the city upon the city or by developing compact urban forms adapted to local contexts. Our contribution also consists of designing and operating low-carbon, bioclimatic and risk-resilient buildings, or preserving our natural green (and blue) corridors by designing infrastructure that connects them instead of dislocating them.

Applied to the city in this way, the principles of sustainable development make it possible to overcome the dualism and human-centredness introduced by modernity and to push towards a more harmonious - or shall we say, a more 'symbiotic' - conception of the city, in that it advocates a reciprocally beneficial relationship between human systems and natural systems. No longer acting against the living world, designing our cities according to an ecosystemic operating model, based on a set of relationships and balances with nature: these will undoubtedly be the essential axioms that will necessarily oversee the invention of 21st century urban planning.