Insights •Small airports have an important role to play in r... 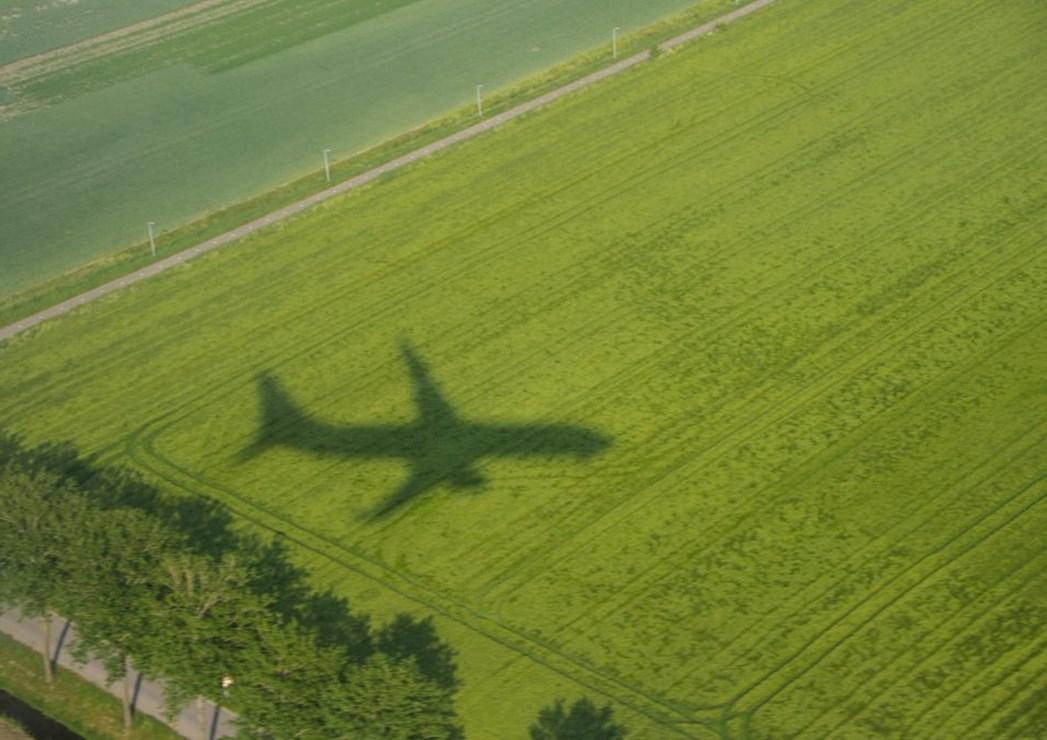 It’s well known that all sectors of aviation have been heavily impacted by Coronavirus, and pictures of empty halls in our major airports typically hit the headlines. But what about the UK’s smaller airports? Nick McFarlane examines how they are faring and offers a fresh perspective on a green future for this sector.

Financially, UK aviation is dominated by international travel from larger airports. According to the CAA, in 2019 international air transport movements were about three times the domestic number and of course international movements are larger with more passengers.

However, international travel is more affected by the travel restrictions at both ends of a sector and by restrictions at hubs. For example, the USA was responsible for 9% of all international travel passengers in 2019 but that market was essentially closed until August 2021 when a blanket traffic ban on UK travellers was lifted (even though the US was moved to the UK’s Amber list in May 2021).

To investigate the impacts on small airports, we analysed the CAA’s published statistics on airport movements (available here). The statistics include 62 airports (and the vast majority of the UK’s movements and passenger travel) but clearly do not include many of the very small airports since there are 124 airports with an entry in the UK AIP, and many more unlicensed ones outside of that.

Total movements as reported by the CAA movements in the UK are shown below from January 2019 to August 2021 for all reporting airports and the 30 smallest ones. Both graphs are scaled so that 100% is the traffic in August 2019 for that sample (August 2019 was the busiest month in recent years).

The graph shows that the smaller airports took a faster dive in late 2019/2020 but have recovered more quickly in 2021. The collapse of regional airline Flybe in March 2020 could have contributed to the faster drop, and the slower recovery could be due to the international travel rules mentioned above. 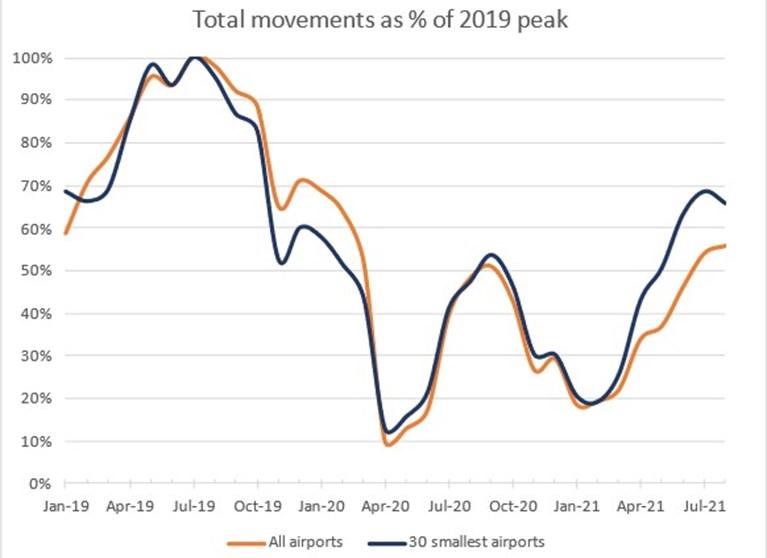 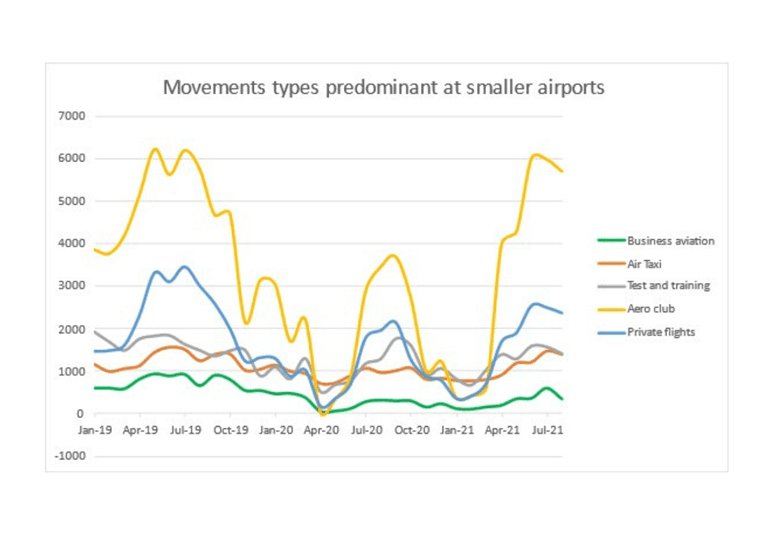 We’ll be picking up the environmental theme again in an upcoming blog on the implications for aviation of COP26.