Insights •The road is the future of the autonomous vehicle 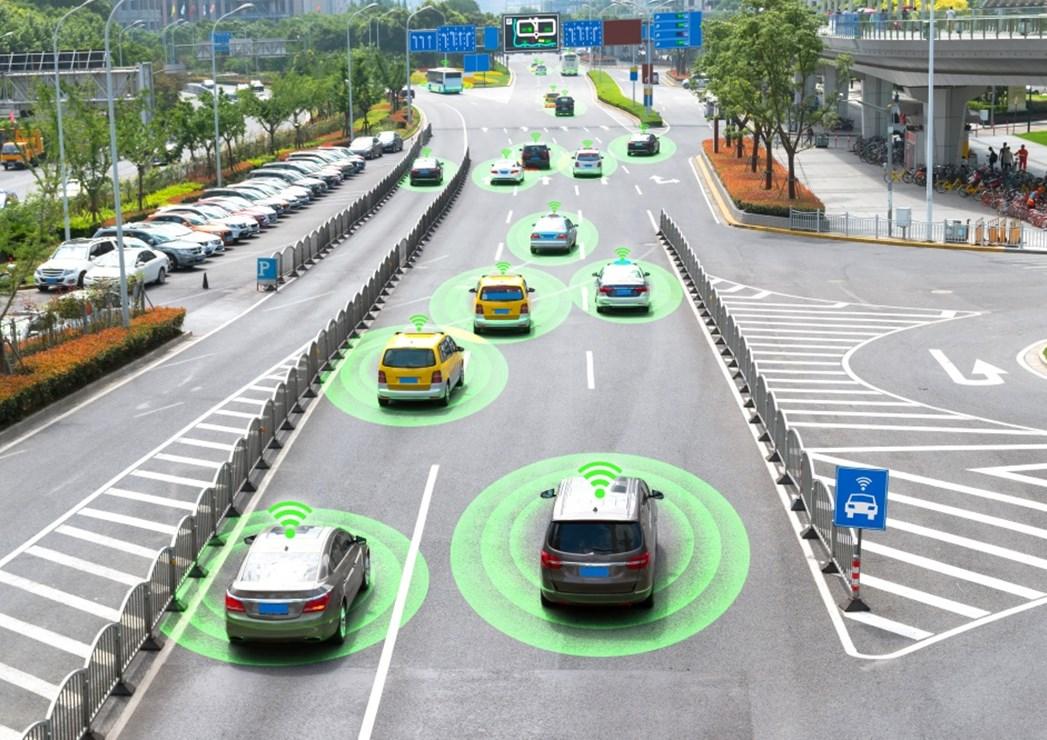 Autonomous vehicles carry an optimistic promise of mobility that will finally become more relaxing, sustainable, safe and efficient. But are they a realistic prospect in the medium term? We think not, unless roads provide a decisive boost to the autonomy of vehicles.

The mobility world is currently undergoing a major revolution. Never before has so much convergence been observed between the automotive sector and the tech sector. Two worlds are coming closer to one another, and alliances are successively being formed: Intel with Toyota, Cisco with Valeo. The latter, although a dwarf by GAFAM* standards, nevertheless invests €350 million annually in autonomous vehicles!

So what about roads? What are their role in the mobility of the future? Just an inert surface, a low-tech foil for the substantial intelligence of vehicles? Our view, on the contrary, is that the future belongs to smart roads!

The car will shortly be celebrating its 150th anniversary and it would be true to say that it has transformed our relationship with geography. In parallel, our approach to space been totally revisited through the development of the road network, without which we would not have seen any progress in terms of speed, road handling, itineraries, developments for nearby residents, traffic volume, comfort or safety.

As experts in marketing and push technology, automakers promise driverless mobility with no spatial boundaries. Yet their sensor-laden prototypes are unable to distinguish anything (even in the best driving conditions) more than 200 or 300 metres away, which at 130 km/h represents the distance travelled in 5 to 8 seconds. This is too short a distance to be able to react to an unforeseen danger such as a stationary vehicle or a zone of roadworks.

Today, vehicle autonomy is measured on a scale ranging 0 to 5 defined by the Society of Automotive Engineers (SAE): if you travel in a level 4 vehicle, would you dare to take your eyes off the road, regardless of the route you are taking or the traffic conditions? Is there really no difference between Place de l’Etoile in Paris and a motorway, or between heavy traffic and a quiet road?

Quite clearly, true autonomy will only be achieved through an instantaneous dialogue between the road and the vehicle. The road must become the intelligent partner of the automobile. This is the key that will make journeys safe and truly free up the time which up until now was spent on driving.

High service infrastructure: a key issue for roads and vehicles.

What will the road of tomorrow be like? It will be a road acting as a partner to the vehicle, a road that is capable of communicating in real-time on its condition, therefore on its level of service, in other words the performance it provides to the vehicle at the time that the vehicle starts driving on it.

The level of service provided depends both on fundamental matters such as road surface quality, how tight its bends are, how dense its crossroads, the performance of road markings and the efficiency and effectiveness of signalling. It also depends on random events which will modify traffic conditions. We already have a tangible taste of this with applications such as Waze. But the data collected in current systems is insufficiently reliable or accurate and is therefore a long way from fulfilling all safety requirements.

Only smart roads will be able to guarantee this safety. A road which will therefore have its digital twin, a digital counterpart to physical installations. Automakers got wise to this issue a long time ago. The digitalisation of the road network is already underway through the race to produce HD maps. Will this go as far as certifying or labelling road networks? Only time will tell.

The infrastructure engineer at the intersection of two worlds.

Meeting this challenge is only possible through renewed cooperation between road operators and automakers.

Today, they have conflicting interests: in both economic model (the taxpayer mainly for the former, the “user-payer” for the other) and development cycle (around 10 years for infrastructure, two years for automotive production, and even several months for software which is increasingly present in vehicles).

Their future, however, is shared. They need each other to design the service offers and products of tomorrow. To save time and to facilitate dialogue, the role of engineering is fundamental.

Who is better placed than engineering to describe the road object and assess its level of service? Who better than engineering firms will be capable of managing the transformation of infrastructure, invariably based on short-term projects? Who else would be able to leverage the mountain of data produced, develop the economic model and finally the level of safety of an unfailing alliance: the bond between road and the vehicle?

Today, thanks to the power of its tech community, the United States has a head start on the rest. But Europe also has some very serious assets, in particular in the area of infrastructure. So let’s get to work! With the aim of creating autonomous mobility on this side of the Atlantic.

The A63 motorway, global pioneer for autonomous driving