All insights •Abandoned urban space, a laboratory for a new sust... 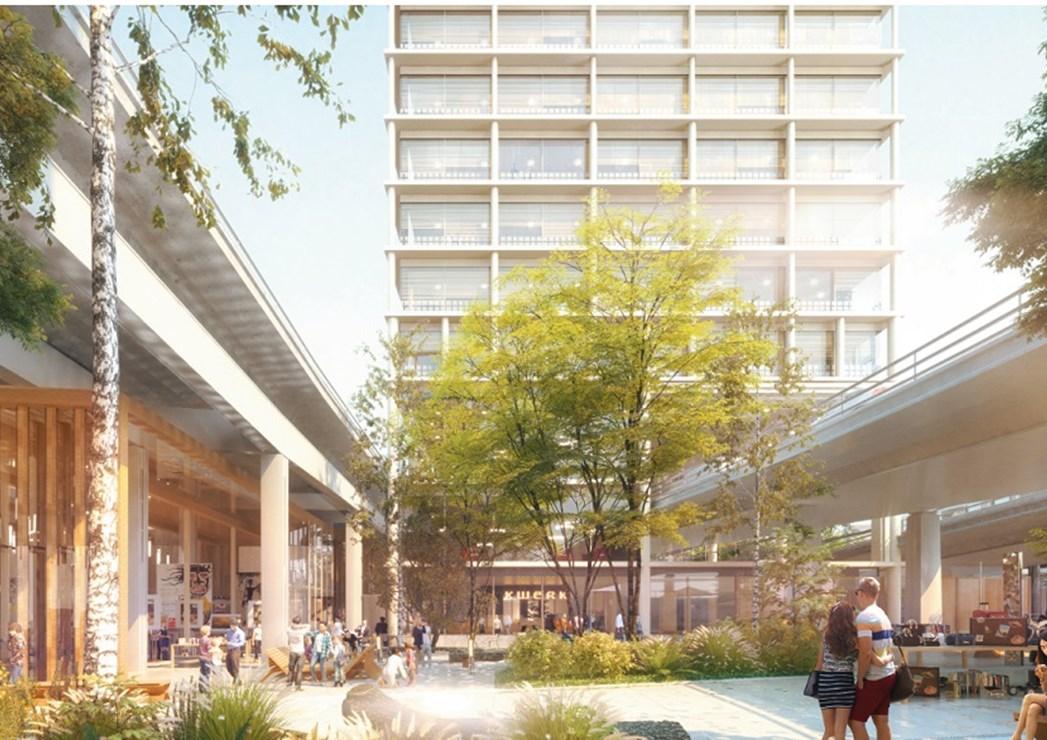 In an era of growing urbanisation, there remain some aging, under-exploited or abandoned areas in our city regions which have not yet been converted. And yet much of this “abandoned urban space” deserves to be given a second life. Some town councils see them as zones with no future, while others detect the potential for reuse, conversion or urban redevelopment.

Consequently, this urban wasteland, far from being useless, might be perceived as an open-air laboratory for a new urban sphere, where rehabilitation is given precedence over sprawl and where low-carbon design becomes the norm to address environmental challenges and the climate emergency faced by metropolitan areas, responsible for more than 70% of carbon emissions every year.

The example of Bruneseau is enlightening in this regard. This former railway brownfield, straddling Paris and its southern suburb of Ivry-sur-Seine and on the edge of the Paris ring road, is currently having a total makeover, under the supervision of the programme management consortium Nouvel R, of which our team and those of our entity Elioth are members. The challenge before us is both complex and exhilarating: how to design a piece of town on a brownfield site such as Bruneseau by creating a district with the full range of functions and facilities such as one might find in the Paris faubourgs of Charonne, Auteuil or Montmartre. And beyond this aspect, how, on this blank slate, can we express a vision of the city of the 21st century that Paris, a global city, sees fit to convey to its peers?

The development of a low carbon projects such as Bruneseau calls on an all-round form of engineering. This project in particular mobilised cutting-edge expertise to address energy and environmental issues. To successfully market the 11 buildings including four tower blocks which will symbolise the new connection between Paris and Ivry, the buildings must display an exemplary carbon footprint.

In terms of construction, two thirds of structural elements will be made from wood, including ﬂoors. In order to get around the drawback of the ﬂammability of the material, new constructive solutions were created. This project, an iconic example of the environmental ambitions of Paris City Hall, which aims to achieve carbon neutrality by 2050, includes  within its design an objective of 50%  of energy produced or recovered on site, a carbon footprint divided by ﬁve compared with the average in Paris  and a target of 65% of energy requirements met by renewable energy. We therefore proposed that the future district be supplied with renewable and recoverable energy, notably using heating and cooling generation networks and the large-scale installation of solar panels. Incorporating and managing the infrastructure, in the immediate proximity to the Paris ring-road and its slip roads, was a constraint for the project methodology.

The idea is to absorb the infrastructure and tone down the urban density to create a genuine town centre. The real estate programme, aiming to achieve a social and functional mix, presents buildings  that are designed as vertical villages offering a blend of residences for the elderly, for students, social housing or ﬁrst-time buyer properties, retail spaces, ofﬁces, etc. Another sizeable challenge to be met was that of acoustics. Special attention was given to the soundprooﬁng of facades and also to the quality of air through a bioclimatic system. Beyond the concentrate of innovations  that the project displays, it above all shows a balance of uses.

Furthermore, in the last phase of the competition, our teams recommended that this technology be presented to the public. Exhibited in the ﬁrst eco-designed building, this real-time energy generation demonstrator will aim to sensitise inhabitants and fully embed the ecology transition at the heart of their way of life.