All insights •Energy transition: is green hydrogen the answer? 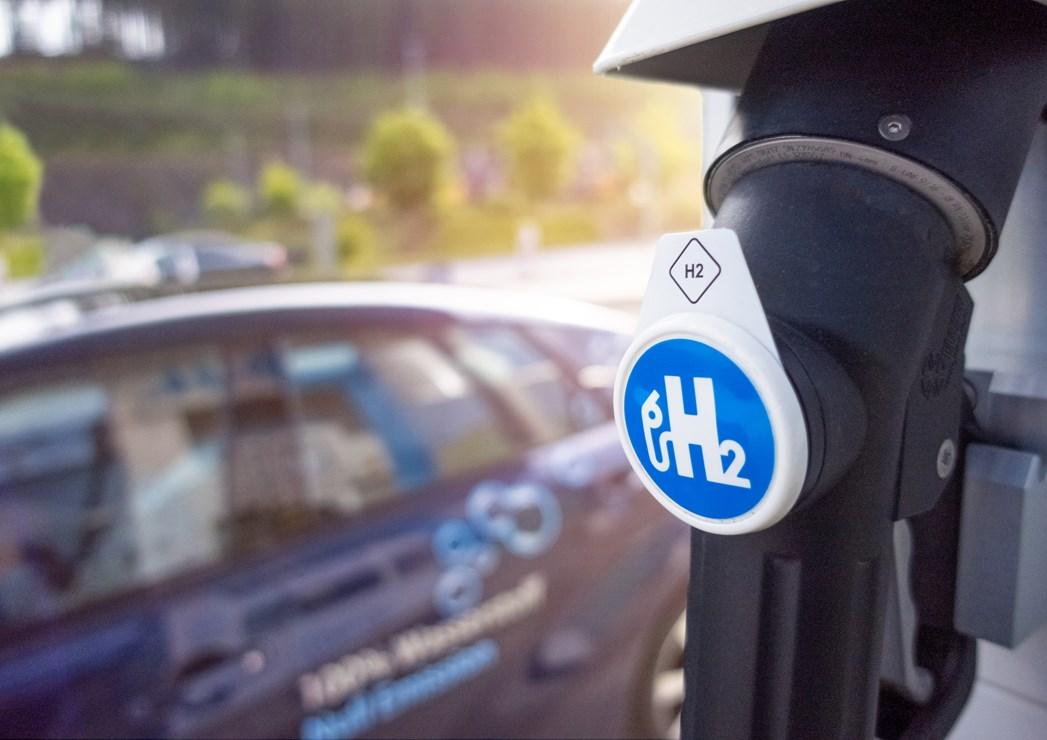 Recent events have put the spotlight on our dependence on fossil fuels. How are the public authorities encouraging the structuring of economic sectors that also contribute to the effective reduction of greenhouse gas (GHG) emissions?

The transport and energy sectors are the first- and fifth-largest emitters of greenhouse gases respectively. These sectors are therefore among the first to be targeted by national and European low-carbon goals, which encourage the transformation of industry and the creation of new sectors. The French national low-carbon strategy thus aims to reduce greenhouse gas emissions by 75%, alongside the European “Fit for 55” commitment to reduce GHGs by more than half in only a decade.

In addition to these global emission reduction targets, the high levels of air pollution in many European cities have led, and are still leading, to local initiatives such as Low Emission Zones (LEZs), to exclude the most polluting vehicles from major cities.

The transport sector is a good candidate for accelerating this energy transition. Direct emissions, very noticeable by definition, and recent regulatory changes have made it a pilot for decarbonisation.

Environmental goals for the development of the hydrogen sector in France and Europe.

in the French hydrogen plan.

of hydrogen in the European energy mix by 2050.

No payback without effort

This calls for an unprecedented effort across the entire value chain, with the need to rethink its design, production and distribution phases, requiring major investments in both innovation and resources.

This also calls for a major effort on the part of individuals and companies, whose vehicles may or may not comply with the new environmental standards. LEZs impose new standards, as does the Mobility Orientation law (LOM), and the regulations imposed on car manufacturers are important drivers of change for individuals and companies who sometimes struggle to make the required efforts.

The change in engine type, in addition to considerable investments for both companies and individuals, also requires the availability of a distribution system (electric charging stations, hydrogen and CNG stations, etc.). This is currently a barrier to development, with a limited (though constantly growing) number of charging and refuelling points. France only has a little over 300 CNG stations and around 50 hydrogen stations for the entire country. These figures do not allow for anything beyond local use for delivery services or public transport, for example (CNG or hydrogen buses, etc.).

Current development projects only plan for the installation of a few dozen of these stations per region, in contrast to the country’s thousands of electric charging stations and 15,000 service stations. These new fuels also have to be produced and distributed, which can be a real technical, industrial and logistical challenge, and safety is also an issue in the case of compressed hydrogen.

The change of fuel and the transition of road vehicles only makes sense if current energy sources are replaced with clean energy, which also requires the decarbonisation of production methods.

Hydrogen, a solution that benefits from massive investment by French and European public authorities, is still mainly produced from fossil raw materials. The transition of the transport sector and industry requires a radical change in the hydrogen production process, with a minimum requirement being the development of so-called “yellow” hydrogen, for which energy from nuclear power plants is used for electrolysis. The ultimate goal is to produce green hydrogen using renewable energy sources.

The energy and transport sectors as a whole require support in the rapid transition of an entire slice of the economy, including issues as varied as energy production, the professional training necessary to build energy-sector skills, and vehicle maintenance.

The performance obligation (reduction of GHG emissions, etc.) and the need to decarbonise benefit existing ecosystems structured around local experiments.

The Zero Emission Valley project, for example, aims to unite private and public players around the production and distribution of green hydrogen, with the aim of creating “local loops” and hence an ecosystem conducive to the development of this solution. Players as varied as ENGIE, Michelin, the Agency for Ecological Transition (ADEME) and the Banque des Territoires have joined forces with the Auvergne-Rhône-Alpes region to create a common commercial structure to design, build and operate a network of 20 hydrogen stations in the region: HYmpulsion.

Uniting private and public players around the production and distribution of green hydrogen, with the aim of creating “local loops”.

These projects, increasingly large in scale, contribute to experimenting with new clean energy sectors and structuring them. The GRHYD (network management by injection of hydrogen to decarbonise energy) project in Hauts de France, led by ENGIE in association with 10 other partners, aims to generate and then inject hydrogen into the gas network for housing and public buildings. This can replace up to 20% of the natural gas consumed on the network.

The local potential is particularly high, due to the availability of natural resources (water, sun, wind, etc.), as well as the existence of numerous local players likely to have an interest in the production or use of the new fuels. These local ecosystems have been identified by local authorities, resulting in numerous plans to structure energy and transport sectors, starting with hydrogen but also including bioCNG.

The Brittany, Auvergne-Rhône-Alpes and Occitanie regions, for example, have developed ambitious hydrogen plans aimed at uniting and stimulating local producers and users. Brittany thus intends to rely on its significant water resources and the size of the nautical sector to develop local production and use of hydrogen for ships.

The Occitanie region wants to develop its production potential by drawing on its abundant natural resources (water and sun) as well as its economic activities that are particularly conducive to the development of hydrogen. The “green hydrogen” plan, which will see the release of €150m over 10 years, aims to encourage the production, distribution and use of this sustainably produced form of energy. The region’s ports are thus benefiting from investments aimed at developing “quayside hydrogen” solutions. Other investments target the creation of a hydrogen production plant to supply a distribution network along the A9 motorway. Solutions for storing the energy produced offshore by the future Eolmed floating wind farm are also being studied. The Occitanie region is also promoting Toulouse, with its aeronautical research and manufacturing clusters, with the key goal of developing green aircraft. To achieve this, the CNRS, the University of Toulouse, Safran, Airbus and other companies and laboratories are joining forces within the Technocampus Hydrogène, which should be up and running by 2023.

The Occitanie, Bourgogne-Franche-Comté and Auvergne-Rhône-Alpes regions will also be experimenting with the first hydrogen trains on French soil. This follows the example of Germany, which financed the development of the hydrogen train using Alstom technology and has already ordered 80 Coradia LINT railcars. The French regions are contributing two-thirds of the cost of purchasing new regional hydrogen trains, with the aim of testing this technology on non-electrified lines. SNCF’s intention to exit from diesel by 2035 is supported by financial efforts from the regions, which wish to take advantage of this technological leap to develop local sectors. The Auvergne-Rhône-Alpes (AuRA) region wants to develop this sector, as 80% of the required technologies are already present in the region, particularly the chemical industry around Lyon.

The AuRA region is developing the local hydrogen sector in collaboration with international players and start-ups. As mentioned above, it has created Hympulsion in partnership with ENGIE, Michelin, the Banque des Territoires and Crédit Agricole. The project is supported by the French Agency for Ecological Transition, ADEME, and has received a European grant. Eventually, Hympulsion will be the leading operator of hydrogen distribution stations in the region.

The French State, a player in the clean energy sector?

Investment in the transition of heavy-duty transport (lorries, trains, etc.) is fully in line with the strategy of creating local loops that are particularly conducive to economic development and the decarbonisation of local economic and transport activities.

Regions and other local players (cities and, of course, the private sector) are not alone in supporting the structuring of new green energy and transport sectors. The French State has had a hydrogen plan in place since 2017, largely funded by the French Recovery Plan and now the France 2030 Plan, which provides for massive support for the sector with a total of €7bn in investment. The French State is a key player in structuring the sector and aims to:

Through its National Research Agency (ANR), Agency for Ecological Transition (ADEME) and other public research organisations (CNRS) or companies and public institutions (ENGIE, Banque des Territoires, etc.), the French State is thus providing the main support for the emergence of the French hydrogen industry.

The European Union is further supporting the hydrogen sector by setting a target of 12 or 14% of the energy mix, a production target of 60 GW and by creating the European Clean Hydrogen Alliance. This body should represent a forum for exchange between public and private players as well as a possible tool for directing strategic investment by its various members.

The European strategy for the large-scale development of the hydrogen sector also requires fair distribution and sharing of the progress made by its Member States. This is similar to how the European Battery Alliance operates, providing a strategic alliance for the development of electric battery production and research.

The current challenge of combating climate change and pollution is forcing entire sectors of the economy, such as transport, into rapid and unprecedented transition. This investment and innovation challenge also represents an opportunity that the Regions and other public players have clearly identified. They have been investing for several years in various hydrogen plans and projects to structure new energy and transport sectors. Both the regions and the State thus hope to encourage the emergence of local-loop ecosystems that will have a direct impact on GHG emissions. These new sectors also create economic activities that are environmentally friendly and provide employment. The latest national investment plans aim to support the industrialisation of the entire value chain, to turn ideas into action and contribute to meeting national commitments to reduce GHG emissions.