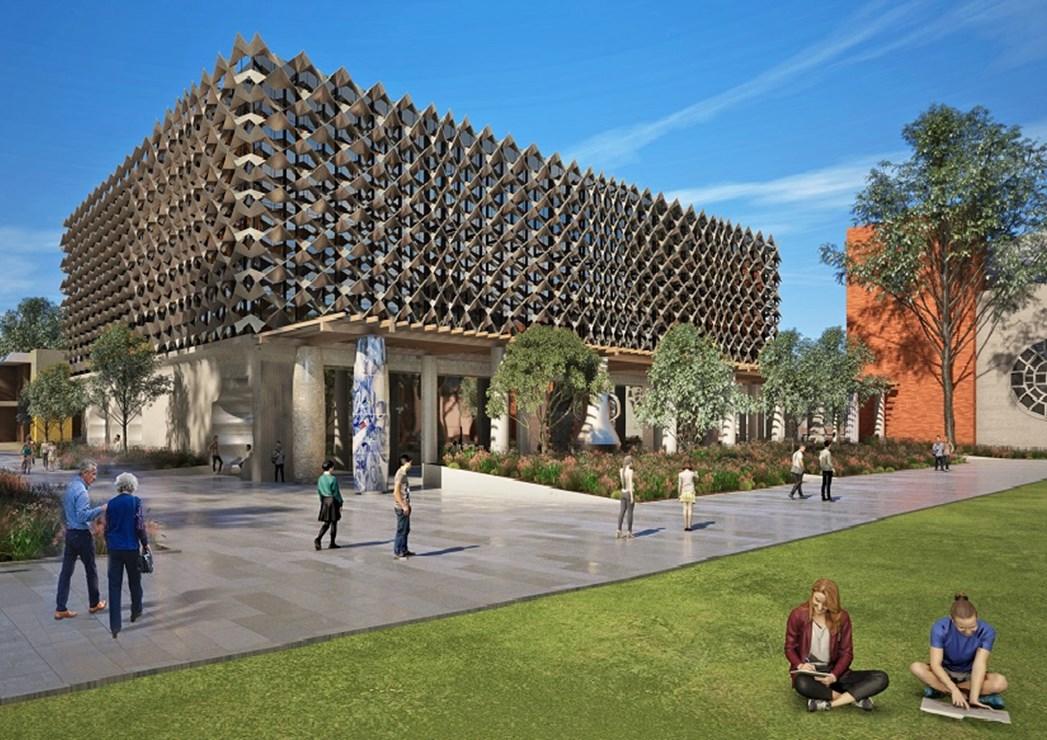 The largest public university in Australia has pledged to give sustainability a leading role in how it builds and renovates its campuses around the world. Its approach is to reduce the carbon emissions of all its establishments in the aim of reaching "zero net emissions" between now and 2030.

In this initiative, the University applies the “passive house” standard, a label which defines the best international practices in the design of low energy consumption buildings. To achieve this, it called on the expertise of Inhabit, a member of the Egis group. Inhabit’s specialities are facade design, building physics, sustainable design and passive house certification which all play a critical role in the overall performance of the building and in the well-being, behaviour and comfort of its occupants.

Between shadow and light...

The University’s new Chancellery building, currently under construction, was designed according to the passive house standard. Inhabit contributed to this project for the engineering of the facade and its brise soleil (shading screen). This is a glass facade wrapped in a parametrically-designed brise soleil which optimises shading to reduce the generation of heat within the building whilst maximising the daylight drawn into the building. This is a truly bold technical choice which also offers undeniable benefits in terms of energy performance. Zamaneh Khoshdel, a facade consultant at Inhabit explains: “If we had used a more conventional method to design the building, there would have been several thermal bridges requiring the intensive use of thermal break products, which would have resulted in additional costs and longer supply times. By considering passive house principles and the architects’ design intentions, we developed a facade solution which could get around this obstacle by moving the support stabilisers outside the thermal line.” This design therefore provides significant savings opportunities in the construction phase, such as reducing the amount of materials used, but also during the life of the building by maximising the heat gain from outside and thus reducing the building’s overall energy consumption.