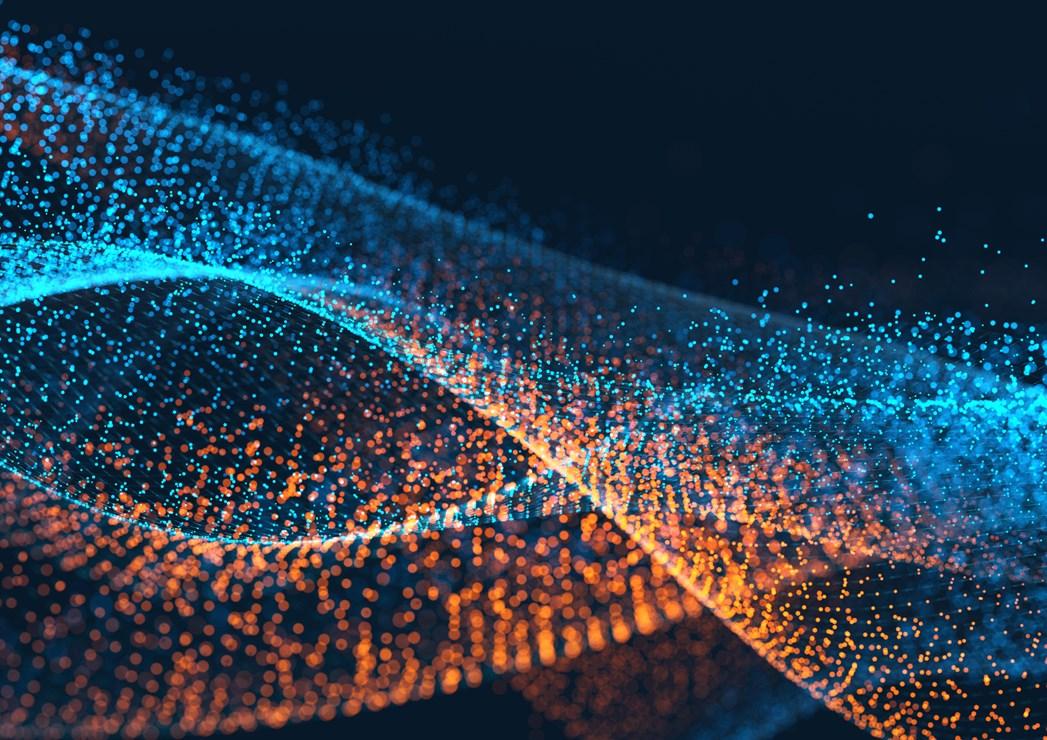 On Thursday 10th June 2021, CANSO and Egis hosted their second joint webinar to advance the debate about outsourcing ATM data services – this time looking specifically at the implications for States and Regulators.

The event was organised to build on the knowledge shared in the December 2020 webinar, which focussed on the business case for change for ANSPs. “Outsourcing data services – the State level discussion” featured an expert panel chaired by Egis’ Ben Stanley and Skyguide CEO Alex Bristol. On the panel were Crystal Kim, Technical Officer at ICAO; Kari Siekkinen, Chief Advisor ATM and ADR at the Finnish Transport and Communication agency Traficom; Vicente de Frutos Cristóbal, Project Officer SESAR implementation at the European Defence Agency; and Pablo Mendes De Leon, Professor of Air and Space Law at Leiden University.

The panellists began by briefly sharing their perspectives on the digitalisation and virtualisation trends in air traffic management, and the issues for states and regulators. A strong message from Alex Bristol and others was that outsourcing of services is happening already, and that it is triggering change at national, political and regulatory levels. ICAO standards and procedures focus on what constitutes the service and do not stipulate who should provide the service. But currently, there is no ICAO definition for ATM Data Services, a point raised by attendees who were keen to see clarity in this area. ICAO’s Crystal Kim commented that FF-ICE (Flight & Flow Information for a Collaborative Environment) was a building block for interoperable data services, and that we would have to see how the taxonomy develops. 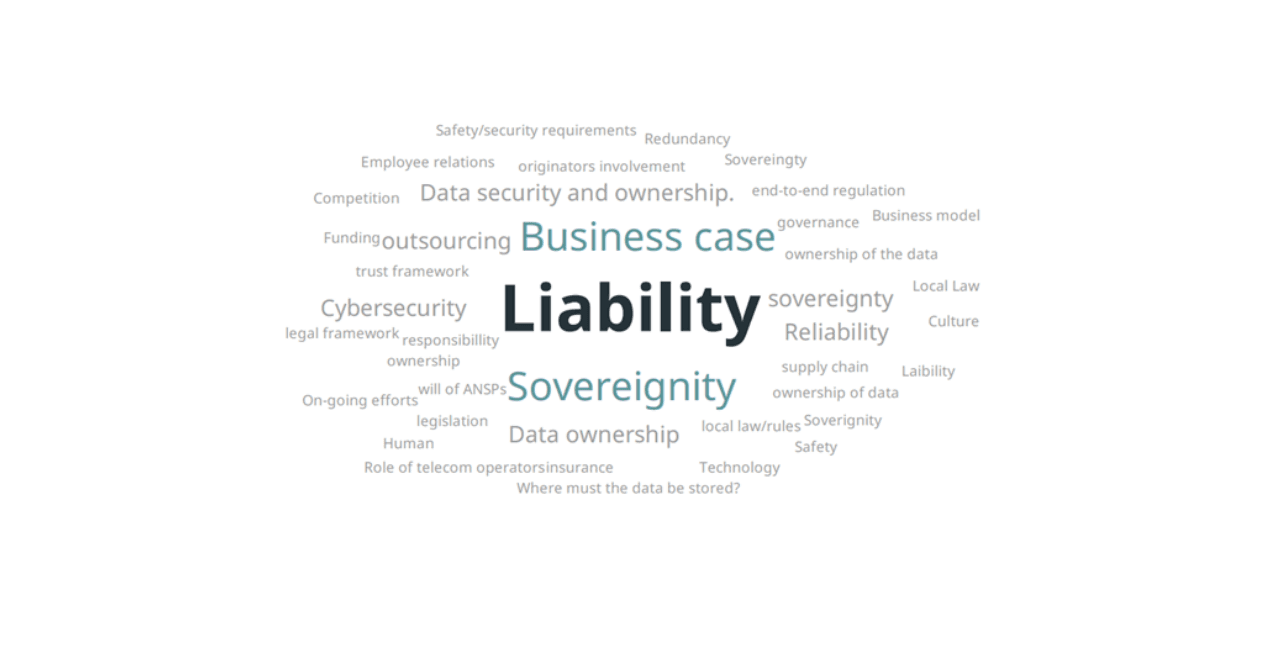 We asked the audience what they thought the key issues are that need answering before we can outsource ATM data services. Some common themes came up, as shown in the word cloud on the left, which was created during the webinar from audience inputs.

Outsourcing ATM data services creates both opportunities and challenges. The opportunities are typically around demand/capacity balancing, cost reduction and service resilience through improved contingency options. The challenges centre on clarifying responsibilities and liabilities through Service Level Agreements, “unbundling” of existing structures, and ultimately building a new framework for trust and cooperation.

One commentator in the audience raised the pan-African ANSP ASECNA as an example of shared service delivery through a governing mechanism that is participatory, inclusive, equitable and well-structured. Here, the architecture of governance structure flows down from the political level to the administrative and executive level. The 18 States are equally represented in the Statutory Bodies. This context has enabled a streamlined organisation of the airspace and sharing of equipment by two or three countries at the same time.

The need for interoperability of systems, or “functional equivalence” was also highlighted by Vicente de Frutos Cristobal as a prerequisite to outsourcing of data for air traffic management. Kari Siekkinen said that in the case of the collaboration between Finland and Estonia, a key enabler was that both Helsinki and Tallinn were operating the same ANS system. The ICAO view is pragmatic, supporting a ‘functional equivalence’ approach based on performance-based requirements rather than anything too prescriptive.

When it comes to data, further questions arise about ownership, assurance of quality, access, usage, valuation and revenue distribution. While some barriers can be dealt with by accepting responsibility according to assigned roles and activities, other economic and psychological hurdles will be trickier to overcome. States will need to understand the economic risks and impacts of liability if something goes wrong, against the economic benefits of shared costs and increased resilience (among other things). And States will need to find positive and practical means to address concerns about sovereignty and military autonomy.

There was strong support for Ben Stanley’s hypothesis that reluctance from many States to actively progress data outsourcing comes down to a ‘fear’ of loss of control. Panellists proposed some influences for this fear, including issues of maintaining revenues from ATS, fear of liability without authority, and the real and perceived cybersecurity risks that accompany this kind of initiative.

These issues need to be resolved through detailed studies so that States have a roadmap they can follow with confidence. It needs to have clarity around liabilities and indemnification options that take account of national regimes, and address key questions to give a working approach to States.

What (or who) is behind the drive for ADSPs?