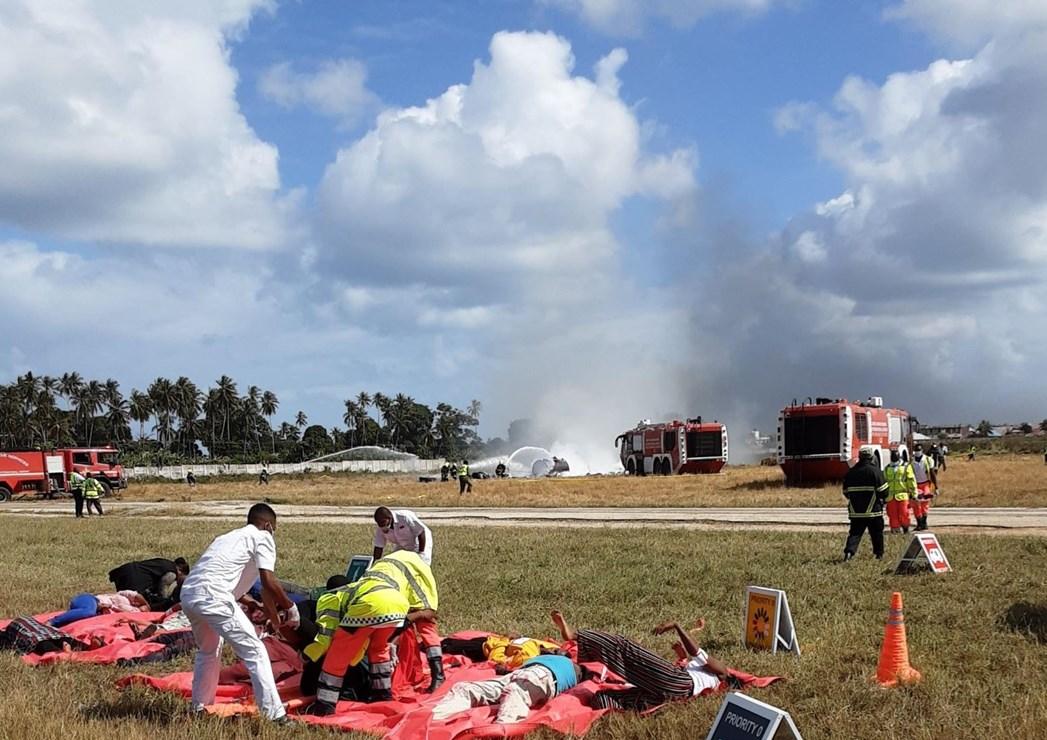 Egis joint venture SEGAP and Zanzibar Airport Authority (ZAA) are celebrating the successful conclusion of a full-scale, real-life, multi-agency Emergency Exercise at Zanzibar Airport, which took place on 20th July 2022. The last time real-life emergency exercises were carried out was 2004, and this was rightly a matter of concern to the Tanzanian Civil Aviation Authority (TCAA), which made the renewal of the Aerodrome Certificate conditional on completion of full-scale exercises.

SEGAP is supporting ZAA with the management of Zanzibar Airport, addressing airport development alongside operations, safety and security, and maintenance services. When SEGAP started work with ZAA in December 2021, the Emergency Response Plan and Exercise was highlighted as a priority focus area.

Now, after months of intensive preparation, including updating the Emergency Response Plan, the SEGAP/ZAA team have coordinated with multiple stakeholders to test it out in a real-life scenario.

The July exercise simulated the crash of a commercial airliner, just before landing on the runway. It lasted for two hours and involved around 450 people, including staff, emergency services (on and off airport), and actors playing the roles of passengers and next of kin.

Reviewing the event on the day, the Chief Auditor of the TCAA confirmed that the non-compliance issue was officially lifted, and the Honourable Khalid S. Mohamed, Minister of Communication Infrastructure and Transport thanked SEGAP and all participants for the work that had gone into it.

This kind of simulation presents a challenge we hope never to experience, but it is important for us to regularly train and be confident with the plans and procedures in place so that all actors can respond in a coordinated manner. We are now collating participant feedback and developing the final report for scrutiny by the CAA.