All news •Partnership for cooperation on SMARTCITY and the C...

Partnership for cooperation on SMARTCITY and the Clean Transport Zone for Poland : an agreement signed by Egis to deliver guidelines and good practice 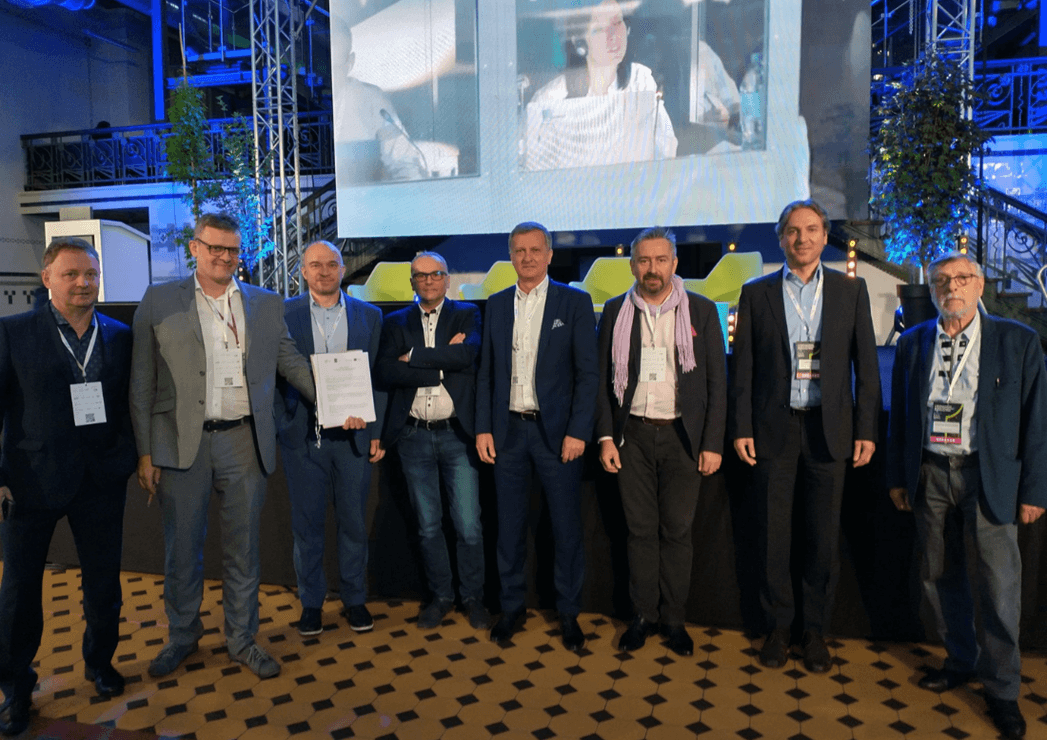 An agreement between Egis, University of Lodz, Technical University of Lodz, and Postlab on cooperation for the development of solutions in the field of urban services was signed during the Regeneration of Industrial Cities International Congress, organized recently in Lodz. The cooperation is aimed joint effort of the Partners in the area of SMARTCITY and prefeasibility study of a Clean Transport Zone for the city of Lodz, and in the future to submit an offer for the implementation of such projects in Poland.

Indeed, Lodz, together with 4 other Polish cities (Warszawa, Krakow, Rzeszow, Wroclaw) takes part in a mission financed under the Horizon Europe program, aims at dealing with climate change and - among other - promotes activities to tackle air pollution. According to its assumptions, the city received a 200 mln EUR Grant and is to become a specific center of innovation in the field of pro-climate activities.

In December 2021, a law was introduced allowing municipalities to implement CAZ to reduce air pollution in cities. The city Lodz declares interest to tackle transport related air pollution and CAZ implementation has to be preceded by an analysis which would support municipality in decision making. Through this agreement, Egis is acting as consortium leader, providing expertise in urban services domain to provide guidelines and good practice in implementing the CAZ. Present in the country for more than 25 years, Egis is proud to support the city to make this project alive.

This agreement was signed during The Regeneration of Industrial Cities International Congress Lodz, 2022 focused on policies and processes of urban regeneration seen through the lens of climate change adaptation. The event gathered a lot of experts from various fields.

Egis representatives were also present there, not only as participants but also as speakers. Both Mr. Krzysztof Bernatowicz (CEO of EPP) and Sasha Ruja took part in Public Transport and Low Emission Zones Discussion Pannels.