All news •The viaduct of the New Coastal Road receives the "... 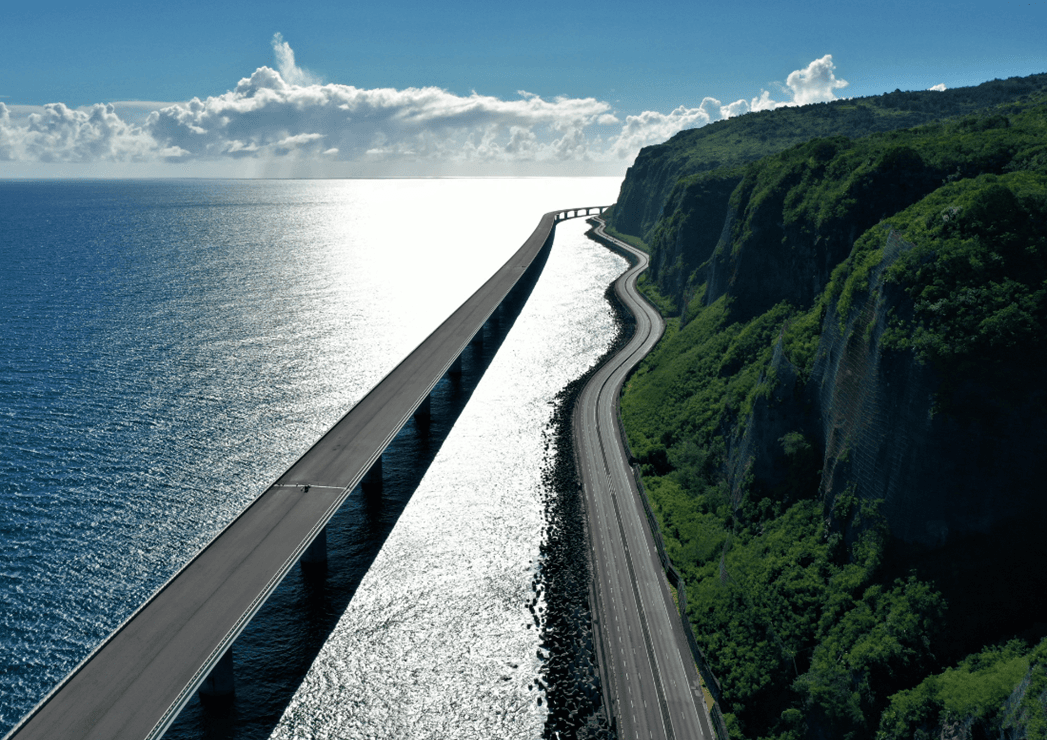 Egis has been awarded a special mention by the International Federation of Concrete (FIB) in the "exceptional concrete structures" category for the Nouvelle Route du Littoral viaduct in La Réunion.

Last June, our Egis teams received, together with the Vinci group, the "special mention" in the "exceptional concrete structures 2022" category for their involvement in the "5,400 m viaduct" of the New Coastal Road. This prize gives international recognition to structures that demonstrate the versatility of concrete as a structural material. It is awarded every four years at the FIB Congress, which this year took place in Oslo.

The New Coastal Road, 12.4 km long, is one of the most complex in the world. Made up of viaducts and dykes, it will make travel between the two main economic centres of Reunion Island safer. Our teams have been working as complete project managers since 2011.
They have worked to make travel safer for users, whatever the weather conditions (except during the cyclone red alert period). The 5,400 m viaduct, delivered at the end of March 2021, has become the largest bridge over the sea in France.

The risk of a ship impacting the structure was assessed taking into account the current maritime traffic in the vicinity of the island, its likely evolution over time, the existence of a mooring area near the harbour, the frequency of observed damage and the possibilities of intervention by the harbour towing company.