Projects •Riyadh Metro: one of the world’s biggest metro pro...

Riyadh Metro: one of the world’s biggest metro projects.

Saudi Arabia
Contact our Rail team
We are heavily involved in the project management and construction supervision for Riyadh metro lines 1, 2 and 3. Our multidisciplinary teams have worked to support the delivery of one of the world’s biggest metro projects.
Contact our Rail team
SHARE THIS PROJECT 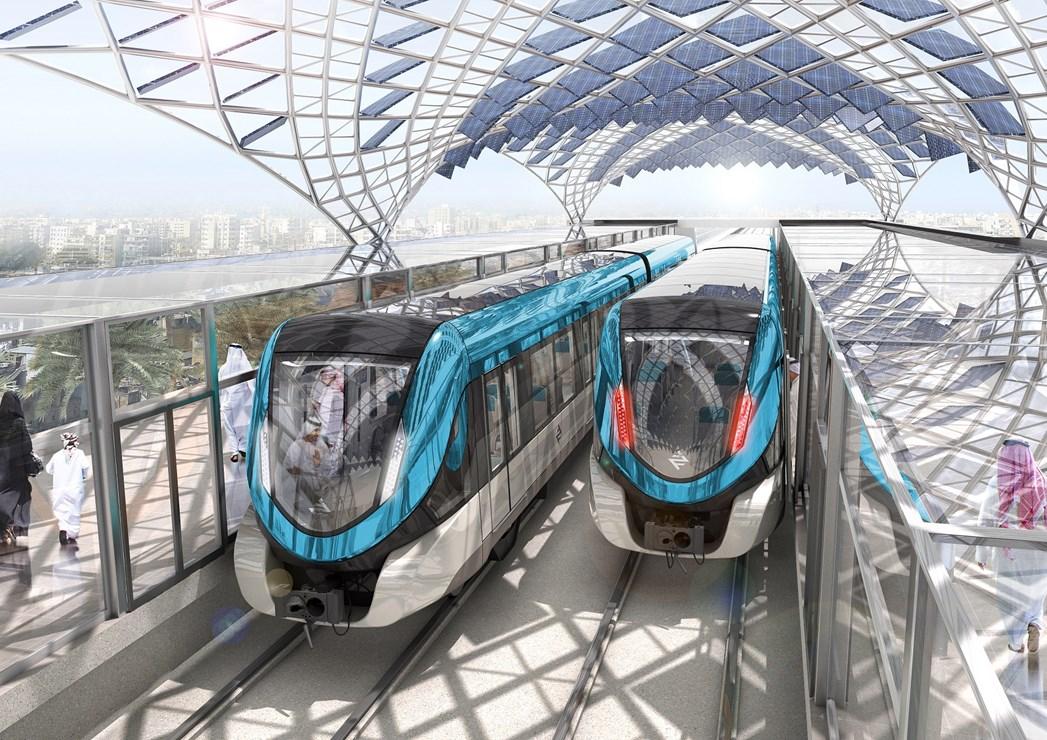 Improving connection in and around Riyadh.

where the train is automatically controlled without any staff on board

Riyadh is the capital of the Kingdom of Saudi Arabia. It reflects a rapidly changing microcosm of global trends in transportation congestion. The client's challenge was to provide a solution to the increasing number of cars and its impact on traffic congestion. The fact that Riyadh plans to double its population by 2030 is another major challenge that had to be taken into consideration. Therefore, the planning of the metro system had to take into account this projected population increase.

Include a new expansion in a limited reception area.

Riyadh is a fast-growing city, over the past 25 years, the development of high-capacity road infrastructures have made the automobile the preferred and almost sole means of transport for the people of Riyadh. With approximately 8.9 million trips per day in 2018, the city suffers from chronic traffic jams. Building 105km of mainly underground rail and 85 new stations in such a densely populated city introduced a wide variety of challenges:

Riyadh, the capital of Saudi Arabia with around seven million inhabitants, had no public transport infrastructure in the early 2000s. In December 2011, the authorities approved a comprehensive program providing for the creation, ex-nihilo, of a world-class public transport network around six metro lines and a bus network. This program aimed to make available, to all population groups, an adapted public transport service in order to reduce the use of individual road vehicles to a strict minimum.

Riyadh population is expected to reach 15 million by 2030 following the plan of Vision 2030. The Royal Commission for Riyadh City (RCRC) carried out several studies to deliver a city-wide adapted public transport network to the city of Riyadh. These studies resulted in a metro project comprising 6 lines and 85 stations over a total of 176 km.

For passenger safety and comfort, the project incorporates the latest features for modern automated metros.

The project had an initial execution period of five years and an optional maintenance service period for the next ten years. It was expected to create more than 15,000 jobs in Saudi Arabia. During the course of the project, this figure was easily surpassed.

Shaping a city connected to its transportation network.

The Challenge for Egis was to establish, shape and future proof the Riyadh transportation network in terms of urban planning whilst considering financial and demographic aspects.

As a solution, Egis conducted an Urban Transportation Study and model which included a Metro Network with 6 Lines with connections to a Bus Rapid Transit system which in turn connected to localised Bus Networks.
This study enabled the Royal Commission for Riyadh City (RCRC) to contemplate the challenges and issues associated with such a large and ambitious project and prepare solutions to appropriately address those challenges and issues.

The Egis contribution is undisputable in that it has managed to maintain high technical and quality standards in order to successfully deliver this Iconic Project.

The Egis-Parsons-Systra Joint Venture, as the Riyadh Metro Transit Consultants (RMTC), is responsible for 60 percent of the program totaling 104 kilometers with 55 standard rail stations, 5 large stations (4 of which are transfer stations), 5 depots and 4 park & ride facilities. It involves bored as well as cut-and-cover tunnels, viaducts and at-grade rail designs.

Egis, as part of the Riyadh Metro Transit Consultants (RMTC) Consortium in the role of ‘Engineer’, was also tasked with overseeing the successful integration of the various entities within the two consortiums gathered for Lines 1, 2 and 3. This represented a massive issue in terms of ensuring that the different factions within each consortium were dealt with as unified Contractors. This task was superbly accomplished by Egis as it saw the emergence of unified Contractors who were capably representative of each of their Projects.

The project is currently more than 90% complete.

Egis has seen the successful development of a world class metro system that will revolutionize the public transport system in Riyadh in turn creating much less dependency upon private travel which shall result in considerable easing of the congestion of the Riyadh traffic system.

The automatic trains utilize a new generation system, which allows each train to circulate and stop autonomously without the intervention of Operations and Maintenance personnel.

The public of Riyadh are expected to embrace this new format of travel, which shall allow each citizen to easily traverse the City of Riyadh in every direction.