All insights •Connect Plus Services: how the pandemic accelerate...

Connect Plus Services: how the pandemic accelerated the adoption of mobile apps by our M25 workforce 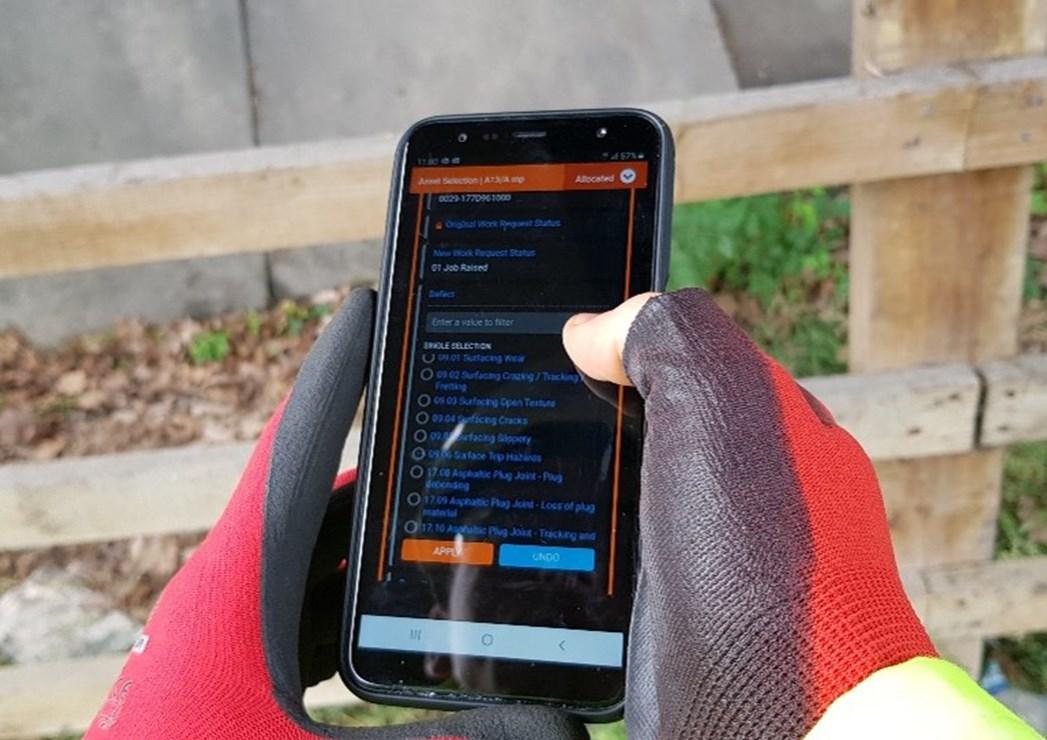 Connect Plus Services (CPS), a joint venture of Balfour Beatty, Atkins and Egis, and its workforce of around 750 people is responsible for operating and maintaining the 440km M25 motorway network around London on behalf of Connect Plus and National Highways, formerly Highways England. To support these responsibilities, CPS has implemented the AgileAssets desktop-based asset management system and integrated the Unity mobile application platform for our teams to use in configuring and rolling out ergonomic and effective mobile applications (apps).

Our teams in CPS have used the Unity platform to configure a range of applications from scratch in line with specific M25 needs. The team also manages the integration and automated transfer of data between Unity and other software in the IT architecture. Unity apps have been configured and deployed to address mobile business needs in a range of areas:

Pre pandemic areas were targeted for app configuration based on volume of mobile activity, safe working practices, addressing large volumes of paper records and trying to avoid inefficient work practices (trips to and from offices and depots).

When the pandemic hit at the start of 2020, the social distancing rules put in place meant that remote working became prevalent for office-based workers, but more importantly site-based workers needed to change their ways of working in order to minimise contact with others.

Operational teams quickly realised that they could reduce the need for close contact by adopting apps available to them. Here are some examples:

The development and deployment of the apps removed a great deal of person-to-person contact and also removed waste from the existing processes. Social distancing requirements also led to new app demands, with examples of our teams conceiving, designing, building and putting live new applications in a single day to support operational teams.

Since the start of 2020, CPS has generated some impressive numbers for app adoption:

Pandemic related issues have driven the deployment and uptake of project configured apps, but the use of these apps is driving a number of other benefits, such as:

Based on the successes on the M25, our teams are now working with AgileAssets and Unity to implement the solutions on the M40 project and the Asset Management and Augmented Infrastructure Practice within Egis is also looking at other projects where the experiences with Unity on the M25 and the M40 could support more effective mobile operational delivery.

Parking management: a source of environmental progress, innovation and information for the community

Uganda : Egis is awarded the contract for the operation and maintenance of the first toll road of the country, the Kampala-Entebbe Expressway