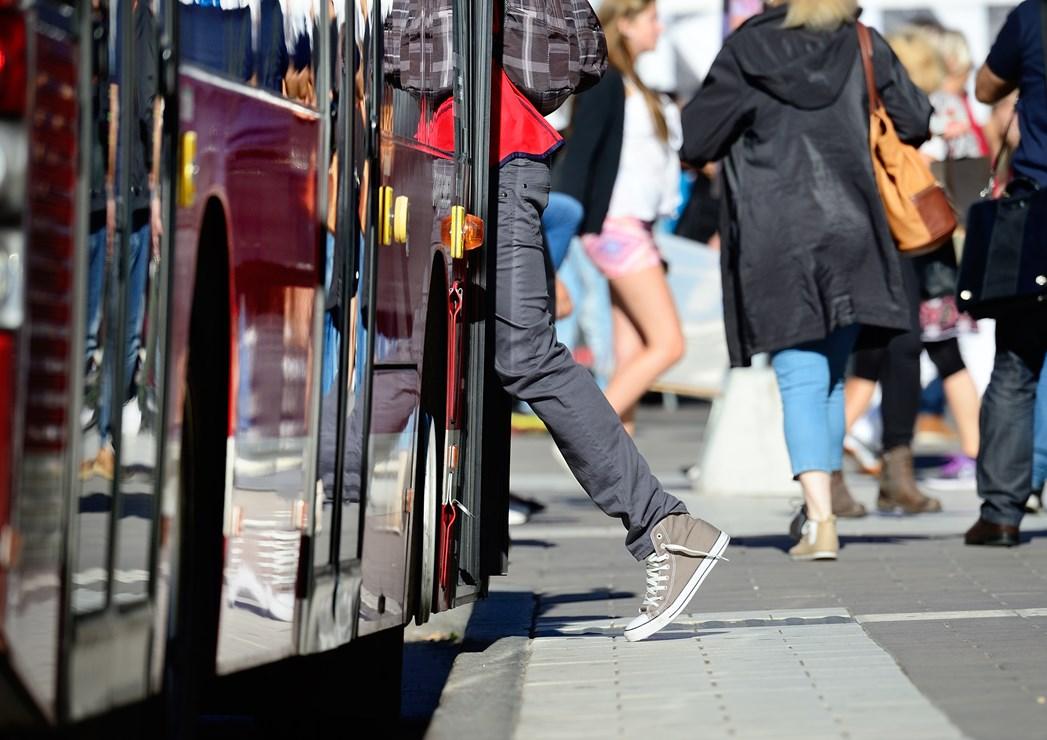 How much credit should be given to these solutions? Is free travel a fad destined to be confined to only small bus networks, or could it be rolled out on a larger scale? Read on to learn more about our perspective on trends and actions to support easier mobility for users.

In France, free public transport emerged during the local election campaigns of 2020 for city councils and 2021 for regional councils, as a key marker for many political formations advocating its partial or total introduction on all urban public transport networks. Consequently, the theme cut through to debate in wider society, leading to analyses, studies and recommendations by public stakeholders, national associations (such as GART and FNAUT, studies by Ile-de-France regional council) and even from the Senate.

Free travel for public transport users is already a reality in several city regions, mainly smaller ones, sometimes having been in place for more than 20 years, and covering around 40 networks in France.

in France compared with 2019 pre-Covid levels

While this model of universally free travel is only implemented today on second-tier networks with low ridership, larger towns such as Dunkirk, Aubagne and more recently Douai have adopted this fare policy. Cities with more than 200,000 inhabitants in their agglomeration, sometimes with heavy infrastructure such as tram systems, are starting to be won over by the idea, which could augur for a snowball effect.

In fact, there is interest in free travel in many places around the world, in large cities such as Tallinn or Kansas City, but also in Luxembourg, where passengers no longer pay for travel on any network, including on the Luxembourg rail network CFL.

Partially or totally free public transport is thus picking up momentum as a genuine public transport policy with newly elected city council majorities wishing to develop it or roll it out fully in their areas. Such is the case in Nantes, where week-end public transport became free in 2021, while in Montpellier the council is introducing free travel in stages across its 500,000- strong agglomeration. Free transport is also becoming a political marker through which its advocates assert their social and environmental credentials.

The limitations of the measure

This measure nonetheless remains a divisive issue, and is not particularly encouraged by public authorities, the first of which being the Government. Indeed, the Duron report recommended that the Government impose a “limit on the mobility contribution ceiling for all public transport authorities which do not ask users to contribute (free travel for everyone), and for PTAs with more than 200,000 inhabitants with a farebox recovery ratio below 30%.” This recommendation aims to create a safeguard for the main cities in the country, in the aim of limiting its application to other PTAs.

Such reticence can be explained, among other things, by its economic cost, as there is no such thing as free travel. Operating transport costs money in all events, and the idea of free transport for users assumes that resources must be found elsewhere to finance the service. The loss of fare revenue, even if it is minor, must be compensated for elsewhere, through taxes, reduced operating costs or investments. As we will see below, free travel can also be part of a rational economic logic, and its implementation can be based on multiple criteria and parameters.

A public transport authority (autorité organisatrice de la mobilité, or AOM, in French) is the body that organises mobility in a given area. AOMs can take the form of EPCI (public inter-municipal cooperation establishments – joint authorities) or, quite simply, regional councils.

AOMs are tasked with structuring the transport service offering and promoting certain forms of mobility, such as active mobility for example.

Regional AOMs can also act in lieu of joint authorities that have not taken over responsibility for transport, and can also be in charge of certain specific services, (rail travel, school bus services, etc.).

Identifying the benefits and challenges of free transport is problematic due to their cross-cutting nature. The measure seeks to promote easier mobility for all, but also aims to encourage modal shift from personal motorised vehicles towards public transport, and is therefore both a social and environmental measure.
Nevertheless, measuring the effects brought about free travel is a tricky exercise. Sometimes there is little knowledge of passenger travelling habits prior to the introduction of free travel, and measuring modal shift remains difficult to estimate accurately.

Initial lessons learned show a wide diversity of results, with however a substantial increase in ridership, at least during the first year, but also low modal shift sometimes coming from active modes instead of motorised vehicles, therefore with negligible to zero environmental impact. Free travel is therefore more of an indirect measure from an environmental perspective, and is above all more directly social initiative.

Meanwhile, the financial impact of the measure is much more visible and is the focal point of much debate. The funding of public transport has been a major subject of discussion for 20 years, in particular due to the constant decline in farebox recovery ratio: the proportion of operational costs covered by passenger revenue.
Free transport therefore calls into question the funding of public transport, and can lead to local authorities significantly reining in their ambitions.

For example, Tours city hall recently abandoned the idea of free travel since its cost estimated at approximately 20 million euros would have led to the necessity of choosing between its introduction and the construction of a second tram line. The vice president for transport, Frédéric Augis, stated that they had picked the latter option for environmental reasons.

Between free travel and the second tram line, a choice had to be made, given that putting up taxes was out of the question [...].

While the measure is ardently defended by the Montpellier metropolitan authority, the introduction of free transport will in due course lead to a shortfall of 24 million euros per year which will have to be recouped elsewhere. The gradual implementation of free travel is accompanied by the authority reducing its goals for the development of the tram system, to the benefit of BRT, which only exacerbates doubts as to the impact that free travel constitutes for local government.

Elsewhere in France, a study conducted in Lyon in 2019 on behalf of its PTA SYTRAL concluded that it was impossible to offer free transport while simultaneously maintaining the levels of investment needed to develop a network in a metropolitan area with a fast-growing population. Meanwhile in Lille, the council prefers to focus its efforts, like other large cities (Grenoble, Rennes or Nantes for example) on partial fare exemption or concessionary fares for various age brackets (under 18s, over 65s) or incomes.

Light at the end of the tunnel

Nonetheless, and while appearing counter-intuitive, adopting free travel has not proven to be a major financial hurdle for the councils that have introduced it. The various studies conclude that decisions were “well-informed” and economically rational. Economic calculations showed that some networks had ticketing investment, ticket inspection and fare collection costs that were sometimes higher than passenger revenues. These networks, which are generally small and less used than others of similar size, have thus taken advantage of the opportunity to revitalise their image and attractiveness by offering universal access to their services.

It was also found that the loss of passenger revenue is not an insurmountable barrier for a number of small networks, particularly those with a recovery rate of below 15%. The employer transport contribution and the reallocation of certain budgets are sufficient to compensate for the loss of passenger revenue. Cities with a high transport contribution due to strong economic activity in their region, such as Dunkirk, thus find it easier to transition to free transport.

When it comes to evaluating the impact of such measures on the networks concerned, a process that is essential to properly assess the measure, feedback shows that there is a strong increase in ridership, at least in the first year, as well as an increase in the number of trips on the networks concerned. The number of journeys increased particularly on Wednesdays and Saturdays and on event days, reflecting the capture of occasional passengers and probably families with children. The drop in ridership during school holidays is also less marked. Finally, the mobility of low-income groups increases, as does that of young people and the elderly.

In Montpellier, free travel led to a net increase in ridership of more than 17%, whereas the national trend over the same period was a 15% drop due to the Covid pandemic. In Dunkirk, there was an 85% increase in the number of users, with the main reason for this change in habit being the fact that it was free, which was cited in 80% of cases.

Despite certain effects on the use of networks, and an obvious and measurable social dimension, the results seem to be mixed in terms of environmental impact, which is sometimes judged to be zero, with a possible shift away from active mobility and low take-up by car users.

Free public transport can make public transport a more attractive option, especially for target groups who do not always make use of the concessionary fares already offered. However, it is not a miracle solution and can be particularly costly for large networks that require heavy investment. Paradoxically, free travel is a solution that can be applied on a purely economic basis in small towns with very low recovery ratios. It is therefore a possible and conceivable solution, including for intermediate-sized networks with high local resources (Dunkirk in particular).

While free travel may be appropriate for some networks, it is not necessarily a sustainable solution for all, and in particular for large networks that need significant development investments.
Moreover, free transport seems not to be one of the main expectations of users. It is easier to measure their perception of the quality of services offered.

Nevertheless, total free travel has shown that the price of a single ticket represents an obstacle to the occasional use of the bus, particularly for families and younger and older people. Putting free travel on the public agenda has also promoted at least partially free travel, on weekends for example, as viable solutions to boost occasional use (e.g., Montpellier or Nantes) by certain groups (families, young people, etc.).

In addition to being a cross-cutting policy that can contribute to meeting various objectives (social, environmental, urban planning, etc.), choosing to apply concessionary fares or free travel is therefore not necessarily incompatible, and encompasses the full range of fare solutions that should in any case be reviewed at regular intervals.

What public transport has learned from the public health crisis

Cybersecurity: a crucial issue for industry and transport stakeholders