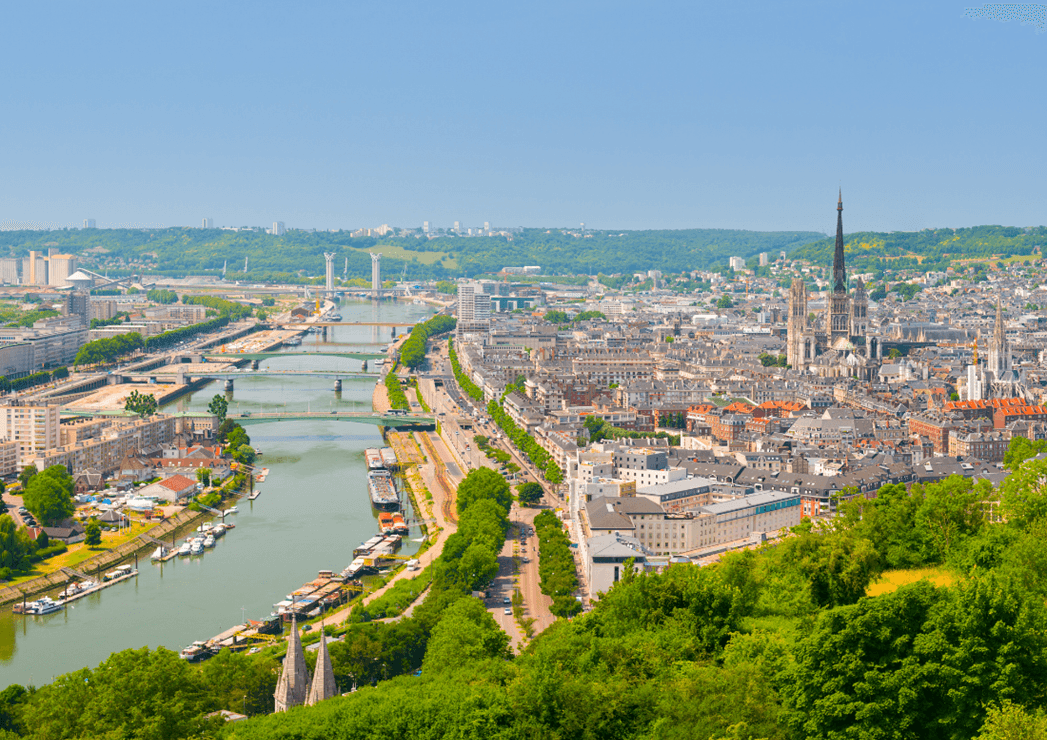 The city of Rouen wanted to create new homes for citizens while avoiding further urban sprawl. They had identified a suitable city centre location on former industrial land which would be appropriate for new housing.

However, the soil was polluted and would need to be fully decontaminated. The site also had various constraints,  including railway lines and major road networks passing through. There were also large scale port structures - including silos - still operating and the riverside location was a flood risk zone.

We worked closely with our consortium partners to develop a pragmatic solution that will turn these constraints into assets. The aim was to rebuild a neighbourhood on top of what was already there while improving it.

"The eco-district has been designed with the aim of bringing nature back into the city: on the docks, with a large linear garden, and in the heart of the district, with a canal and numerous green spaces in the various blocks"

"Urban spread is a real problem in Rouen. If we want to safeguard the natural and agricultural areas around us, we have to rebuild in the city"

Nicolas Mayer RossignolMayor of Rouen and President of the Metropolis

"In Rouen, the reclamation of the riverbank was an opportunity to change our view of the city and to appreciate things as simple as the reflection of light in the water of the Seine"

Reintroducing nature to the city.

In collaboration with our consortium partner, we helped develop a sustainable urban plan for the new neighbourhood. Our exploratory studies investigated how the eco-district could connect to public transport and encourage green modes of mobility. We have also focused on energy efficiency and developed an urban heating network that reduces the neighbourhood's energy consumption.

All new buildings will utilise the most cutting-edge eco-construction techniques to minimise their carbon footprint. Our environmental planning and landscaping teams also designed multiple interventions which will bring nature back into the heart of this once polluted district. 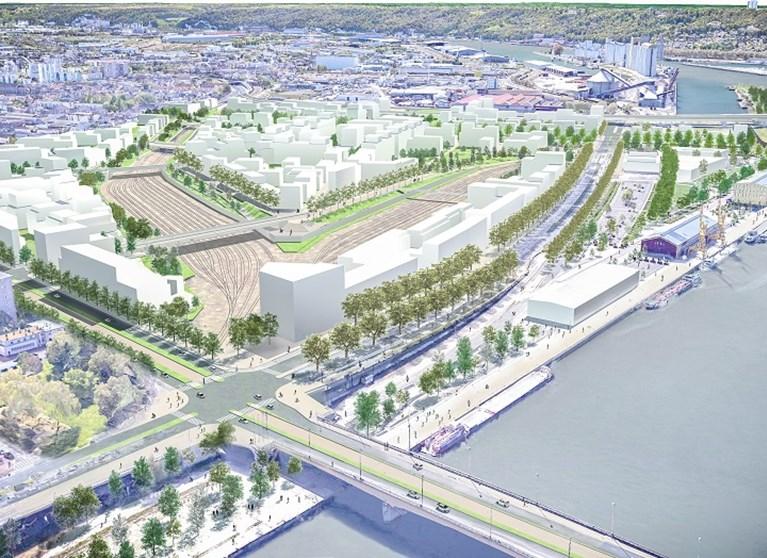 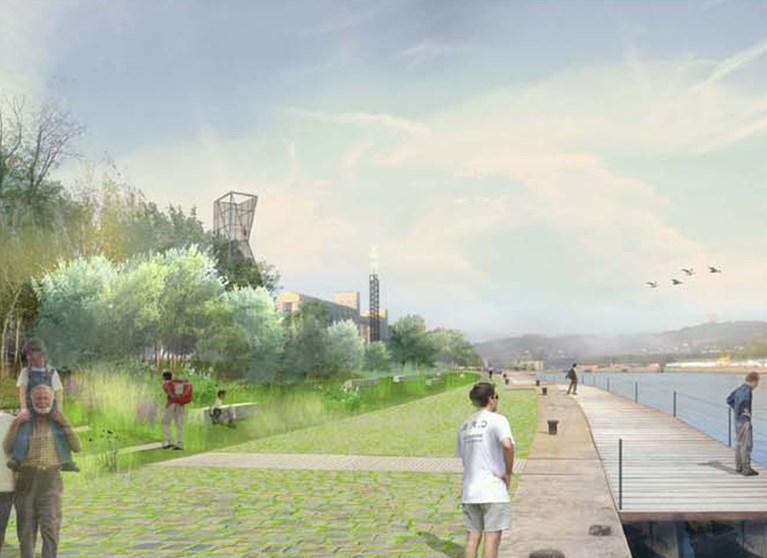 The Flaubert eco-district is one of the most ambitious urban regeneration projects in France. It is helping to create a truly sustainable community.

This ambitious project will redesign the downtown area and create a new, active and vibrant neighborhood.

The eco-district is home to several parks and green spaces planted with local species.

This new neighbourhood truly meets ‘eco district’ goals - achieving environmental, economic and social objectives. We are helping to achieve this through multiple interventions.

Firstly, we removed polluted soil to a disused former coal dock where it formed the base for a 4 hectare landscaped urban forest. We have planted the site with 150,000 young trees and bushes. As part of the environmental integration of road infrastructure, we planted an urban forest around it for air and noise improvement

We collaborated with government agencies who were digging the nearby Dieppe bypass. The earth extracted from this site was brought to the eco-district for infill, allowing us to efficiently reuse material that would otherwise be wasted.

The project was also modelled to anticipate the rise in sea level in Le Havre according to the IPCC's most pessimistic assumptions. The topography of the site and the constraints of constructability were adapted in terms of building thresholds and resilience in the construction choices.

This ambitious new neighbourhood will transform the centre of the city and create a vibrant new district. By 2030, 10,000 people will pass through every day. The multiple parks and green spaces, easy access to the city centre and ecomobility features will make it a desirable place to spend time, meet friends and make a home.

As almost a quarter of the space will be set aside for new businesses, there will be new economic opportunities and new local jobs created.

The eco-district will also be greener and home to more wildlife than ever before. Along with significant planting and landscaping, we installed nesting boxes, insect habitats and artificial spawning grounds on the banks of the river to encourage fish. The variety of new trees, plants and habitats for birds, bats, insects and fish will encourage biodiversity in the city and boost its resilience.

Port of Calais: the largest passenger port in continental Europe