All insights •Low Emission Zones: what they are and how to intro...

Low Emission Zones: what they are and how to introduce them 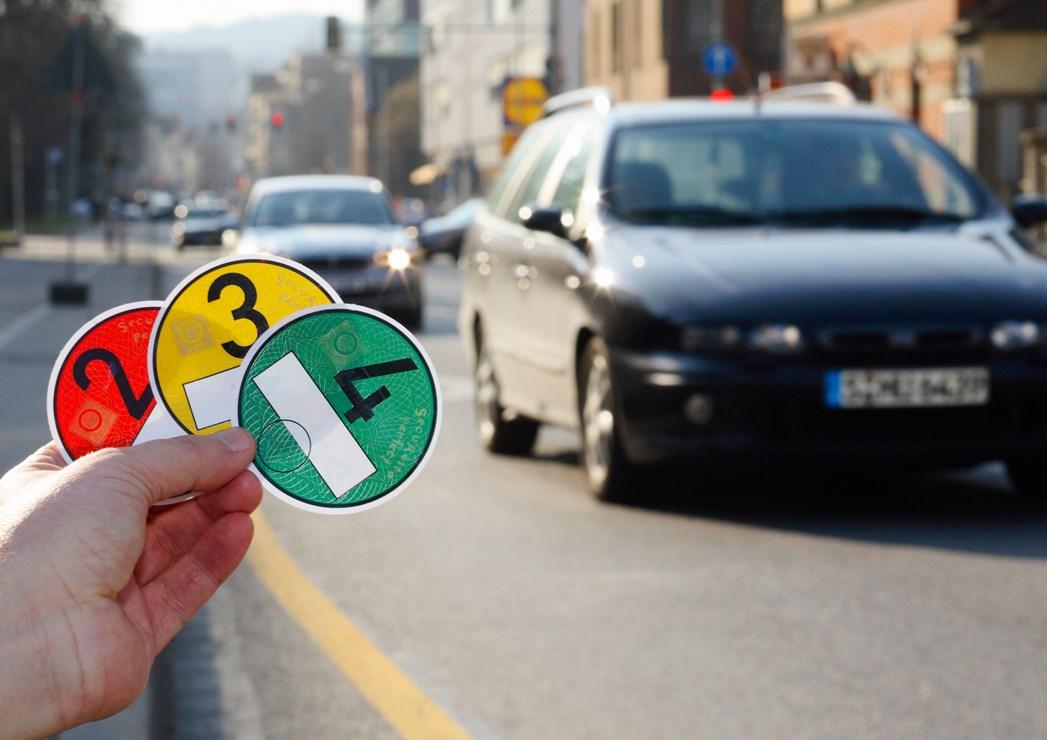 Low Emission Zones (in French, Zones à Faible Émissions or ZFE,) are gaining momentum in France with eight currently in place, due to rise to 12 shortly. By 2026, the most polluting vehicles will be banned from the city centres of the country’s main metropolitan areas. This mechanism which, at least in its philosophy, is both incentivising and coercive, is on the verge of revolutionising personal and professional mobility in France’s main city regions.

So, what is this object of mystery (at least to some people)? A Low Emission Zone (sometimes referred to as a clean air zone) is a legal provision to prohibit certain types of vehicles from entering a given area. The tool has existed since the 1990s in Scandinavia (principally Sweden) and Italy, and grew in importance during the 2000s.

This mechanism is once again gaining popularity among public authorities, which are legally obliged to comply with European emission standards, particularly in France and Spain.

These exclusion zones always aim to reduce locally emitted pollution and can apply mainly to diesel vehicles (in Tokyo for example), of which France has a larger than average number. They can be combined with an urban or non-urban toll charge, as is the case in Milan and London for example. The British capital’s congestion charge generates €250 million of revenue per year, while the Greater Paris LEZ will cover a population of 5.6 million, evidence of the efficiency of such measures.

LEZs are, in practice, very widespread in Europe, particularly in Italy where there are around a hundred of them, and in Northern Europe (Germany, the Netherlands, etc.). These exclusion zones have become established without major difficulties, and some have existed for more than 20 years, providing important feedback for projects currently in the pipeline.

France is therefore seriously lagging behind its neighbours and has a much lower ambition, with the ultimate goal of 100 fewer LEZs than in Spain (around 40 compared with 138 for its Pyrenean neighbour) despite having a population more than 20 million greater. France will thus stand in fourth position among the European countries with the most polluting vehicle exclusion zones, behind Germany, which will have twice as many. The current policy, resulting from the Mobility Orientation (LOM, 2019) and Climate (2021) Acts, thus aims to close the gap in order to meet European pollutant emission standards. One recalls that France was sanctioned for failing to address the high nitrogen dioxide levels in its main cities, having been ordered to comply by the Court of Justice of the European Union for ten years.

To accelerate the decline in carbon emissions, the LOM furthermore stipulates the goal of introducing LEZs in the main cities which do not meet European thresholds, and the 2021 Climate Action Act imposes the extension of the mechanism to all metropolitan areas with more than 150,000 inhabitants. Far from simply banning certain categories of vehicles from driving, LEZs create a focus on many issues:

covered by the Grand Paris LEZ.

What LEZs are we talking about?

Before all else, it is important to remind ourselves of the efficiency of such mechanisms which actively contribute to reducing pollution sources. The various studies carried out or compiled in preparation for the entry into force and then the ramp-up of LEZs conclude that a 3% reduction in pollutant emissions in the Paris region would result in 50,000 fewer people being exposed to excessively high levels. Even a minor reduction in emissions would therefore have a greatly beneficial effect on the health of the inhabitants of the regions concerned, with only 1.5% of vehicles affected. Moreover, examples from abroad show reductions of around 12% in NO2 (nitrogen dioxide) and PM10, and 15% in PM2.5 (fine particles). While a minor reduction has a strong impact on health, the reduction in pollutants resulting from the LEZ has a major reduction potential.

As a reminder, only the most polluting vehicles are excluded from these zones and account for 12% of the car fleet in the Paris region during the second stage of the scheme, in place since 2021, and moving up to 32% of the current fleet by 2024. In Lyon, the city is more ambitious and plans to progressively ban category 4, 3 and 2 vehicles, which still represents 70% of the vehicles currently on the road in Lyon.

Although they bear the same name throughout the country, LEZs are particularly flexible and are adapted to each situation with the main variables being the implementation timeline, the type of vehicle to be banned, or the size of the geographical perimeter. The city of Marseille is planning its LEZ in the city centre alone, covering an area of only about 20 km², which would cover just over 300 000 inhabitants. The Greater Montpellier Authority is developing a strong ambition for its LEZ which will first cover an area of 142 km² for 375,000 inhabitants (i.e., 78% of the total population of the agglomeration) before being extended to the whole metropolitan community.

In addition to eliminating the most polluting vehicles from traffic, the main objective of the progressive introduction of LEZs is to develop the use of public transport. This can be seen, in parallel with the introduction of LEZs, in the development of dedicated transport offerings, as in the case of the light rail or BRT projects in the cities of Strasbourg, Lyon, Bordeaux and Montpellier. Montpellier is also gradually introducing free transport throughout its network in order to make it more attractive to its residents.

Creating network linkage in city regions using rapid transit systems, which constitute an alternative to personal vehicles, is furthermore an important lever, including outside city centres.

In the Paris region, Grand Paris Express, developed with the aim of avoiding a compulsory passage through Paris, is an essential ally. The introduction of metropolitan express rail networks, also provided for in the LOM, will thus help to reduce the number of currently car-using commuters in their catchment areas. This goal is shared in Lyon by the chairman of SYTRAL, Bruno Bernard, who calls on the Auvergne Rhône-Alpes region to take action on the subject in order to present a more substantial feeder solution when the LEZ gathers momentum in the wider community. The projects in Bordeaux and Strasbourg are the most advanced at the moment and aim at a "transport service big bang" between city and suburbs and beyond, with an overall doubling of regional rail services.

Lastly, new plans for the development of active mobility are also emerging, with the main examples being the RER bicycle network in Ile-de-France, the ChronoVélos bicycle highways in Grenoble and, recently, the Voies Lyonnaises.

Support which must still be improved

Nevertheless, and despite the best efforts of local authorities, economic players are concerned about the exclusion of a number of professional vehicles from Low Emission Zones, particularly the least well-off tradesmen, self-employed workers and high street traders. All the more so as goods transport is the category most targeted by these exclusion zones. The case of Grenoble clearly illustrates the impact of the exclusion zone on goods transport, which accounts for 22% of the mileage travelled, 33% of fine particle emissions and 48% of nitrogen oxide emissions.

Supporting professionals through the transition therefore remains an unaddressed subject that absolutely must be considered. What support should be provided for professionals and the most disadvantaged groups? The ecological transition is inevitable and must be a priority; but the practical impact that will be seen every day must be cushioned. A variety of solutions are out there: the formation of production and distribution chains for green fuels, grants for the purchase of vehicles, etc. The Auvergne-Rhône Alpes, Occitania and Brittany regions are particularly involved in the construction of this new vertical, which provides jobs and solutions for logistics and transport professionals. The cities are also contributing to the deployment of green fuels by facilitating the production and distribution of gas powered vehicles and subsidising their purchase.

Exemptions for professionals are also provided for under several conditions, at least in the early stages, so as not to threaten the livelihoods of tradesmen and the self-employed who use their professional vehicles and cannot immediately invest in more eco-friendly solutions. Conditions relating to financial situation, the location of their business or the type of vehicle are required.

The reorganisation of delivery methods in metropolitan areas is also underway, with the construction of urban logistics hubs that aim to concentrate goods in a peripheral location for redistribution throughout the agglomeration. Private players such as Urby (La Poste group) have entered this new market and some cities have already presented projects for delivery by barge or for the construction of urban logistics hubs aimed at excluding HGVs from city centres and making last-mile deliveries (Toulouse, Montpellier, Bordeaux, etc.).

Additional measures and adjustments to adapt to LEZs are therefore being formulated, and must be designed across the entire travel zone to avoid excluding a proportion of those affected. Beyond an issue around transportation in and the decarbonation of communities, it is truly a general national strategy issue. This is also the scale on which the definition of the application of LEZs must be based to prevent the “edge effect”, for example by conducting them on a wide perimeter (Montpellier, Paris, etc.). Towns have moreover asked to be included in LEZs, the case of the Paris region, proving their desire to work in collaboration on the issues of polluting vehicles and the reorganisation of mobility on a metropolitan scale.

In substance, LEZs are a mechanism that is already well-known and acknowledged in Europe. In France they are being put in place with a certain delay, but with ambitious goals. In their application, LEZs require a number of substantial adjustments and supports from economic players and individuals. This support is created at a metropolitan level and provides for the possibility of exemptions for professionals and subsidies to enable a less brutal transition towards greener vehicles. Heavy structural investment is also required for the reorganisation of last mile deliveries, or in the setting up of an alternative fuel vertical across the entire supply chain. Low emission zones will unavoidably mean the genuine transformation of habits, and will shake up wisdom on certain city fundamentals, leading to fears and misgivings on the one hand, and the development of some exciting, innovative alternative solutions on the other.