All insights •Biomimetics: opening our eyes to what nature has t...

Biomimetics: opening our eyes to what nature has to teach us 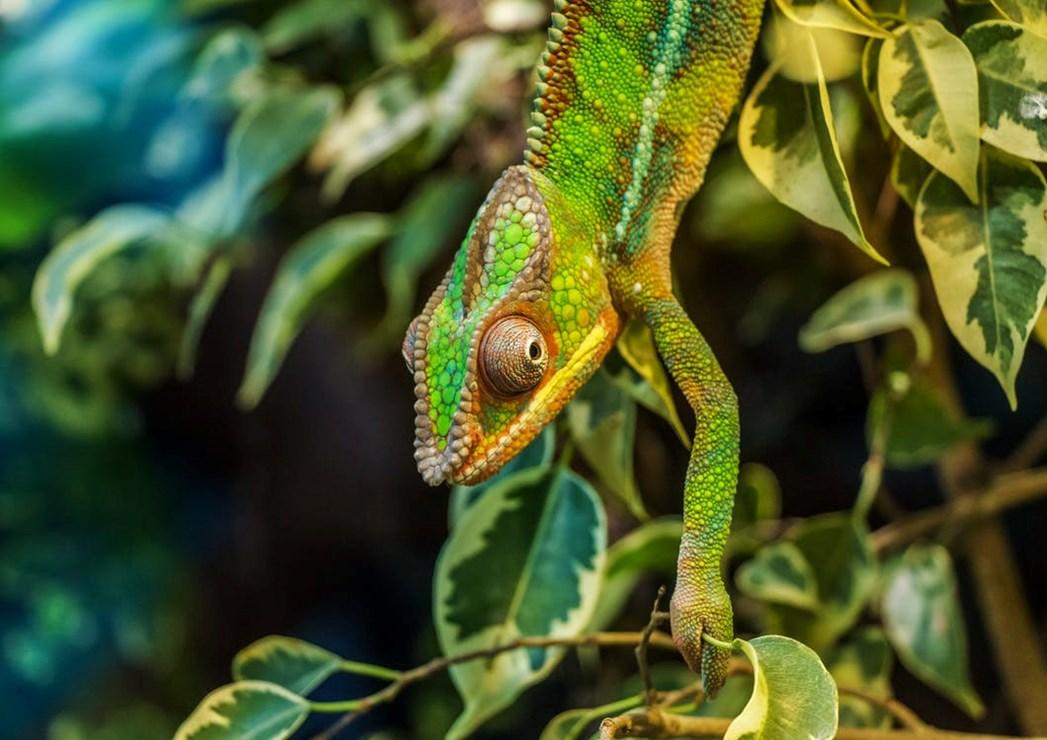 What do Velcro, the Eiffel Tower and the Japanese high-speed train Shinkansen all have in common? All were designed on the principle of biomimetics, i.e. the imitation of nature. Velcro, for example, was inspired by hook-shaped burdock seeds that cling to animals’ fur in order to propagate; the Eiffel Tower is based on the bone structure of the femur; and the nose of the Shinkansen is similar in shape to the kingfisher’s beak, to reduce air resistance when it enters a tunnel.

There are, of course, many other examples, which illustrate the extent to which humans can learn from living organisms and their proven solutions over 3.8 billion years of evolution. The idea of drawing inspiration from what already exists and what works in nature is not new, of course: More than 500 years ago, Leonardo da Vinci applied natural principles to his many inventions in areas as varied as human flight, hydraulics, and mechanics. His guiding principle? “Learn from nature, you will find your future there.”

Today, faced with imperatives that may appear contradictory – reviving the economy and reducing the impact of human activity on the planet – biomimetics is one of the ways to reconcile innovation, progress and sustainable development.

By drawing inspiration from living things, the aim is also to be inspired by the virtuous principles that guide nature, as set out by Janine Benyus, the biomimetics theorist:

According to Janine Benyus, “A bird does not foul its nest: living beings eat, breathe, reproduce and sleep in their manufacturing facility. They cannot afford to foul their habitat.” In our work, this is reflected in the widespread use of eco-design: ensuring that environmental impact is at the heart of the approach to every project, without exception, from the very first stages of its design.

Energy, mobility, construction: in reality, the fields of application of biomimetics are almost infinite. They can even help to create a virtuous circle, through nature-inspired projects that themselves help to protect and preserve biodiversity, or even increase it.

This is the purpose of the Landboost and Seaboost projects, which we have been conducting for several years. These are structures designed to bring back nature to the city and the sea, after years of encroachment on the natural environment that has disrupted urban and marine ecosystems. Landboost thus uses 3D printing to create modules to house animal species (such as insects, for example). The advantage? It takes 50 years for a tree to provide cavities suitable for a particular species of bird, while Landboost provides them immediately and thus makes it possible to respond to an urgent need, before implementing more permanent natural solutions. Similarly, Seaboost builds artificial coral reefs that support marine biodiversity.

This last example shows the extent to which biomimetics can be a source of efficiency: by creating structures close to those observed in nature, we can ensure that the needs of the species are met effectively, because they reproduce the characteristics of their preferred environment.

This method also ensures harmonious integration while avoiding the undesirable effects of solutions that are inconsistent with the environment, such as the immersion of nearly 25,000 tyres between Cannes and Antibes in the 1980s, to attract fish. Thirty years later, the consequences are disastrous: fish have not colonised the area, and the tyres have disintegrated, releasing heavy metals into the marine environment and endangering nearby coral. These tyres are currently being removed, at a cost of more than a million euros.

“Po l’occhio!” (“Open your eyes!”): these words, which Leonardo da Vinci’s grandfather repeated to him daily, are more relevant than ever. Let’s open our eyes to admire all the treasures of nature. Let’s open our eyes to see how much the living world has been able to adapt to change over millions of years. Let’s open our eyes to how deeply we depend on biodiversity in our daily lives. At a time when we need to reinvent the way we produce, build and live, especially in the face of climate change, we have everything to learn from nature.

A bird does not foul its nest: living beings eat, breathe, reproduce and sleep in their manufacturing facility. They cannot afford to foul their habitat.